10 of the most inspirational TED Talks to practise your English! 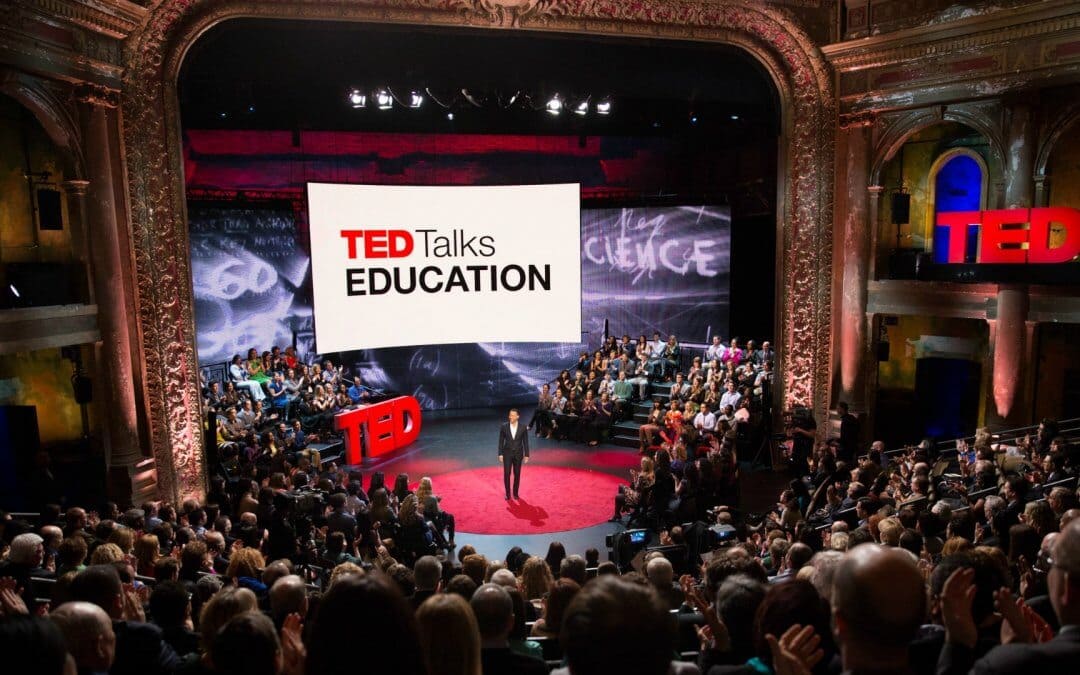 What is a TED talk?

TED is a global set of conferences that have run every year since 1990. Speakers from around the world gather to deliver talks on their specialist subjects, life experiences, professions, areas of research and more. They aim to open the mind to new ideas, inspiring and educating viewers.

How can they help?

When it comes to learning English, the more resources we have the better. These videos can help you to improve not only your listening skills, but also improve your pronunciation, vocabulary and grammar. TED talks are delivered by native English speakers from all over the world.

Most TED Talks (as found on the main TED website) are often translated in 40+ languages – Don’t forget to click on the video to set up subtitles in English or your own language.

James Veitch: This is what happens when you reply to spam email

Suspicious emails: unclaimed insurance bonds, diamond-encrusted safe deposit boxes, close friends marooned in a foreign country. They pop up in our inboxes, and standard procedure is to delete on sight. But what happens when you reply? Follow along as writer and comedian James Veitch narrates a hilarious, weeks-long exchange with a spammer who offered to cut him in on a hot deal.

Tim Urban: Inside the mind of a master procrastinator

Tim Urban knows that procrastination doesn’t make sense, but he’s never been able to shake his habit of waiting until the last minute to get things done. In this hilarious and insightful talk, Urban takes us on a journey through YouTube binges, Wikipedia rabbit holes and bouts of staring out the window — and encourages us to think harder about what we’re really procrastinating on, before we run out of time.

Sarah Kay: If I should have a daughter …

“If I should have a daughter, instead of Mom, she’s gonna call me Point B … ” began spoken word poet Sarah Kay, in a talk that inspired two standing ovations at TED2011. She tells the story of her metamorphosis — from a wide-eyed teenager soaking in verse at New York’s Bowery Poetry Club to a teacher connecting kids with the power of self-expression through Project V.O.I.C.E. — and gives two breathtaking performances of “B” and “Hiroshima.”

Kelly McGonigal: How to make stress your friend

Stress. It makes your heart pound, your breathing quicken and your forehead sweat. But while stress has been made into a public health enemy, new research suggests that stress may only be bad for you if you believe that to be the case. Psychologist Kelly McGonigal urges us to see stress as a positive, and introduces us to an unsung mechanism for stress reduction: reaching out to others.

Pamela Meyer: How to spot a liar

On any given day we’re lied to from 10 to 200 times, and the clues to detect those lie can be subtle and counter-intuitive. Pamela Meyer, author of Liespotting, shows the manners and “hotspots” used by those trained to recognize deception — and she argues honesty is a value worth preserving.

Chimamanda Ngozi Adichie: The danger of a single story

Our lives, our cultures, are composed of many overlapping stories. Novelist Chimamanda Adichie tells the story of how she found her authentic cultural voice — and warns that if we hear only a single story about another person or country, we risk a critical misunderstanding.

Patricia Ryan is a longtime English teacher who asks a provocative question: Is the world’s focus on English preventing the spread of great ideas in other languages? In other words: What if Einstein had to pass the TOEFL? It’s a passionate defense of translating and sharing ideas.

Susan Cain: The power of introverts

In a culture where being social and outgoing are prized above all else, it can be difficult, even shameful, to be an introvert. But, as Susan Cain argues in this passionate talk, introverts bring extraordinary talents and abilities to the world, and should be encouraged and celebrated.

Tony Robbins: Why we do what we do

Monica Lewinsky: The price of shame

“Public shaming as a blood sport has to stop,” says Monica Lewinsky. In 1998, she says, “I was Patient Zero of losing a personal reputation on a global scale almost instantaneously.” Today, the kind of online public shaming she went through has become constant — and can turn deadly. In a brave talk, she takes a hard look at our online culture of humiliation, and asks for a different way.