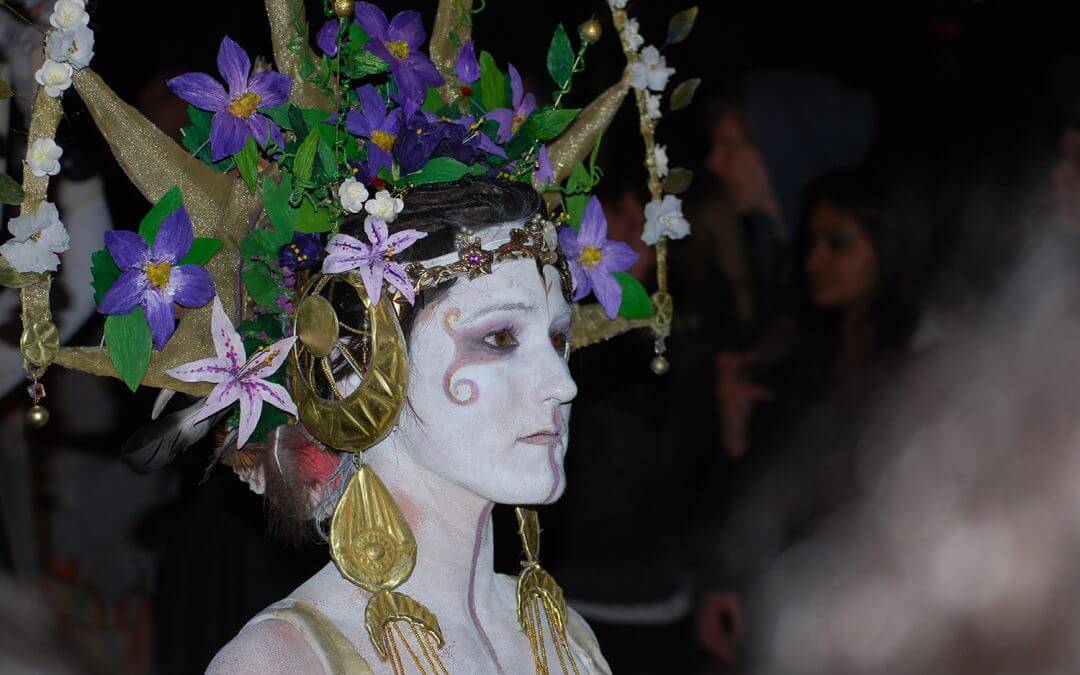 Where fire and an ancient Gaelic ritual meet.

The modern Beltane Fire Festival is inspired by the ancient Gaelic festival of Beltane which traditionally began on the evening before the 1st May and marked the beginning of summer. The modern festival was created in 1988 by a small group of enthusiasts.

In ancient Gaelic times, Beltane marked the beginning of the summer season, when livestock were driven out to the summer pastures. Rituals were held at that time to protect them from harm, both natural and supernatural, and this mainly involved the “symbolic use of fire”.

In the modern era, the festival takes place on Calton Hill. It involves a procession, which starts at the National Monument (known to Beltaners as the Acropolis) and proceeds anti-clockwise around the path meeting various groups along the way. The procession is driven by the beat of drums which urge it inexorably towards summer. At the procession’s head is the May Queen and the Green Man, followed by a cavalcade of characters who are intrinsically linked to them and their journey.

The climax of the festival is when the May Queen and Green man spark the birth of summer by lighting a huge bonfire.

It is a great opportunity to live and be part of this magnificent pagan ritual of the history of Scotland.

When
30th April 2016
Gates open at 8pm
Performance begins around sundown
Event ends at 1.30am