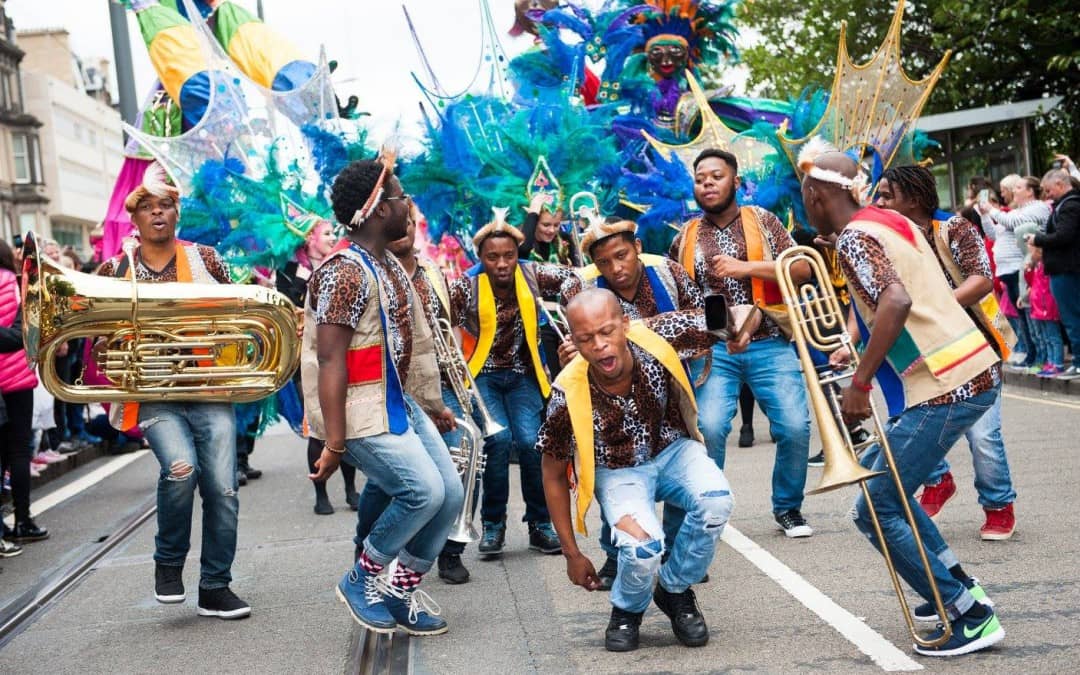 This Sunday do not miss the chance to see hundreds of performers in a parade through the centre of Edinburgh as part of the city’s Jazz Festival Carnival! Music, dance, costumes, circus acrobats, puppetry from all over the world!

Thousands of spectators will join to create a carnival atmosphere in the city centre on Sunday as hundreds of performers gather to kick start the festival season. Now in its sixth year, the Festival Carnival is limbering up for its biggest year yet growing from 20 carnival performers leading the festivities in 2012 to over 800 this weekend!

Exotic costumes, rhythmic sounds, giant puppets, drum groups and street performers of every description, creating a Carnival atmosphere in the centre of Edinburgh. Over 800 performers will take part in this amazing spectacle.

Free admission, thanks to City of Edinburgh Council.

Please see below the full lineup including timings and zones: 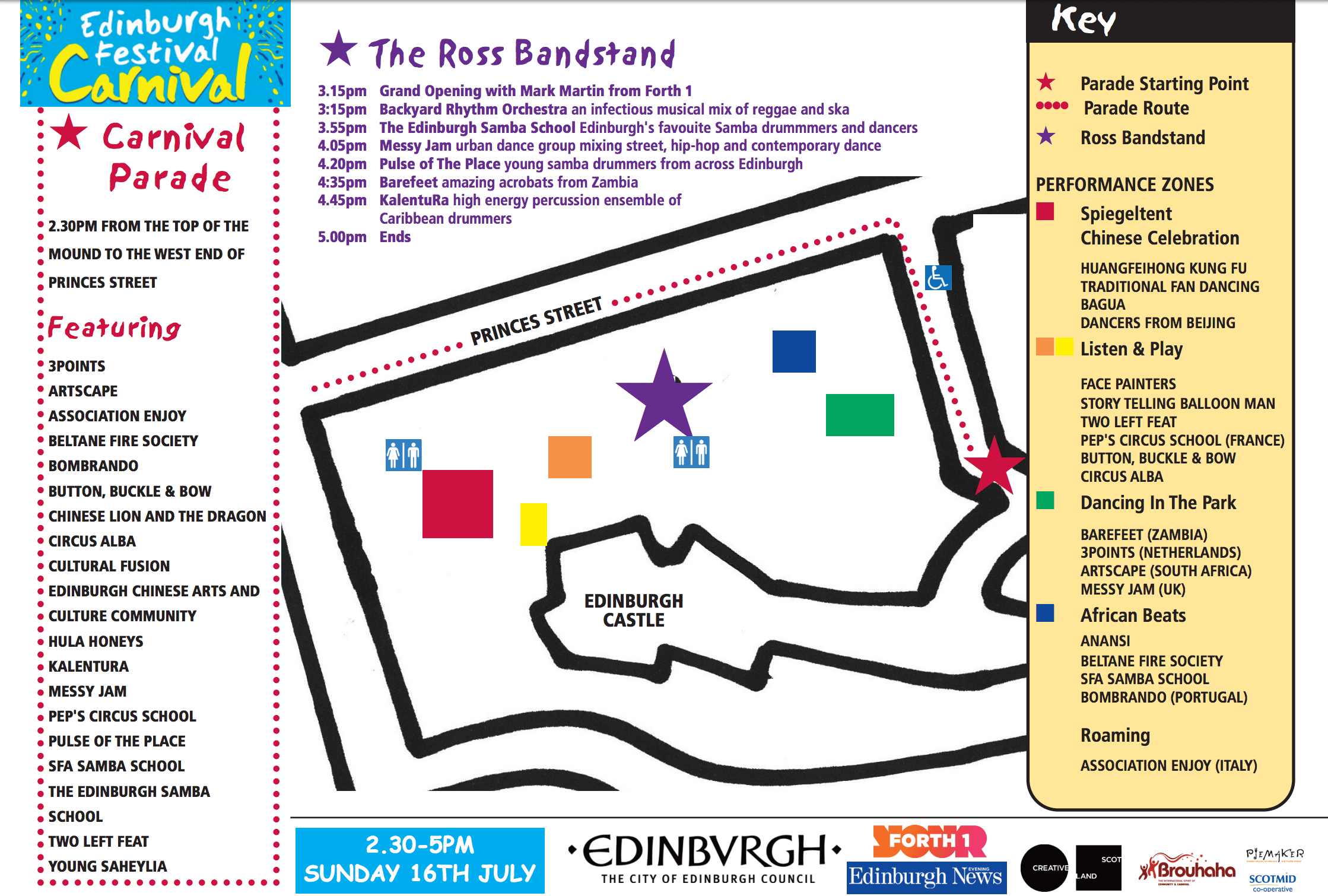 Take part in the carnival!

Participate in the Carnival parade by wearing a costume or being a steward and have one of the most exhilarating experiences.