Put together by the Council of Europe, the CEFR defines the various progress levels and achievements in language learning and is now widely used as an international system of validation of language ability.
inlingua School of Languages designs its courses and syllabi according to the learning outcomes defined by the CEFR. Although mostly used to describe abilities among learners of European languages, a comprehensive mapping with other international standards (Asian languages for instance) is available. 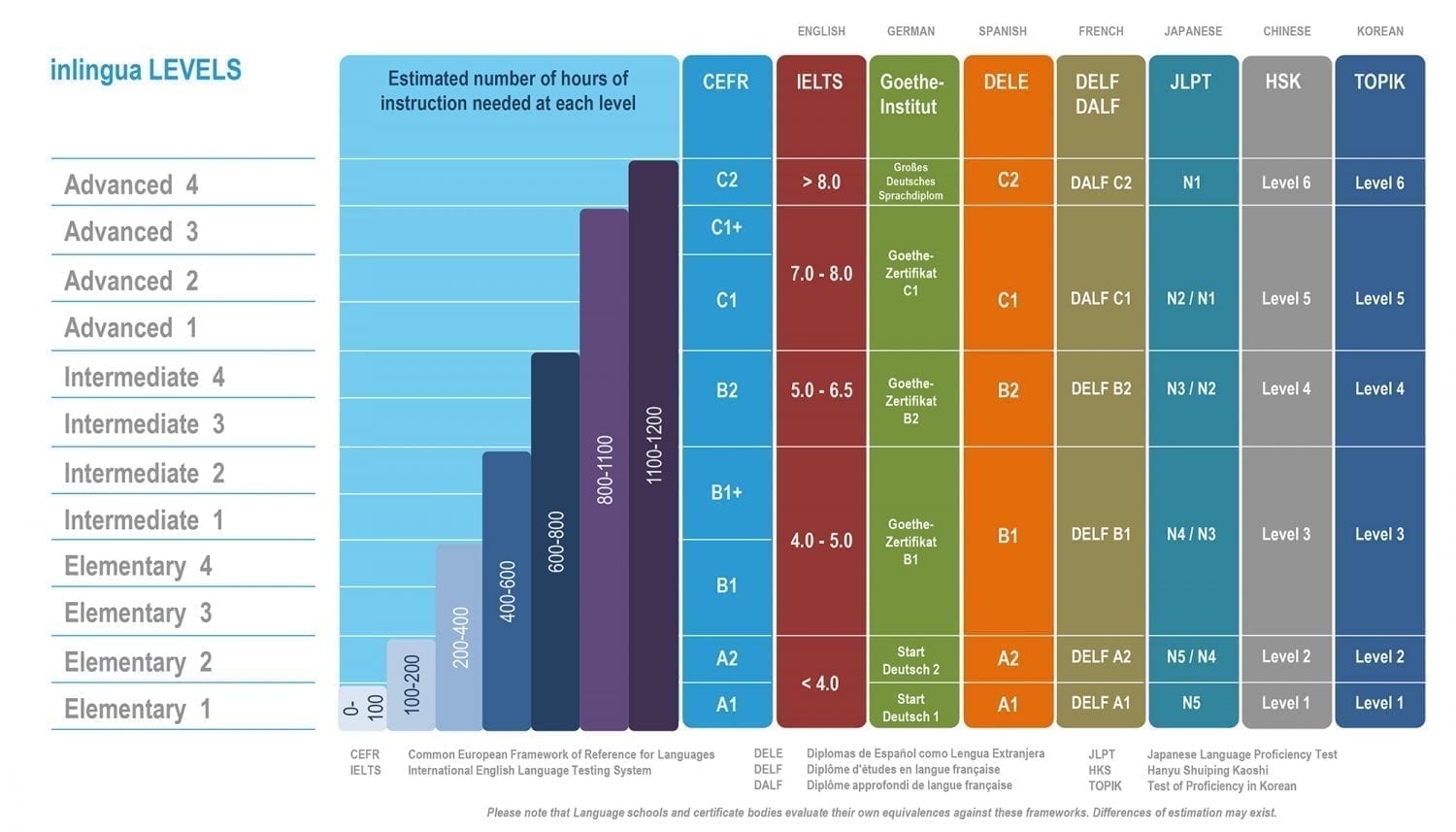