History of the Kilt! 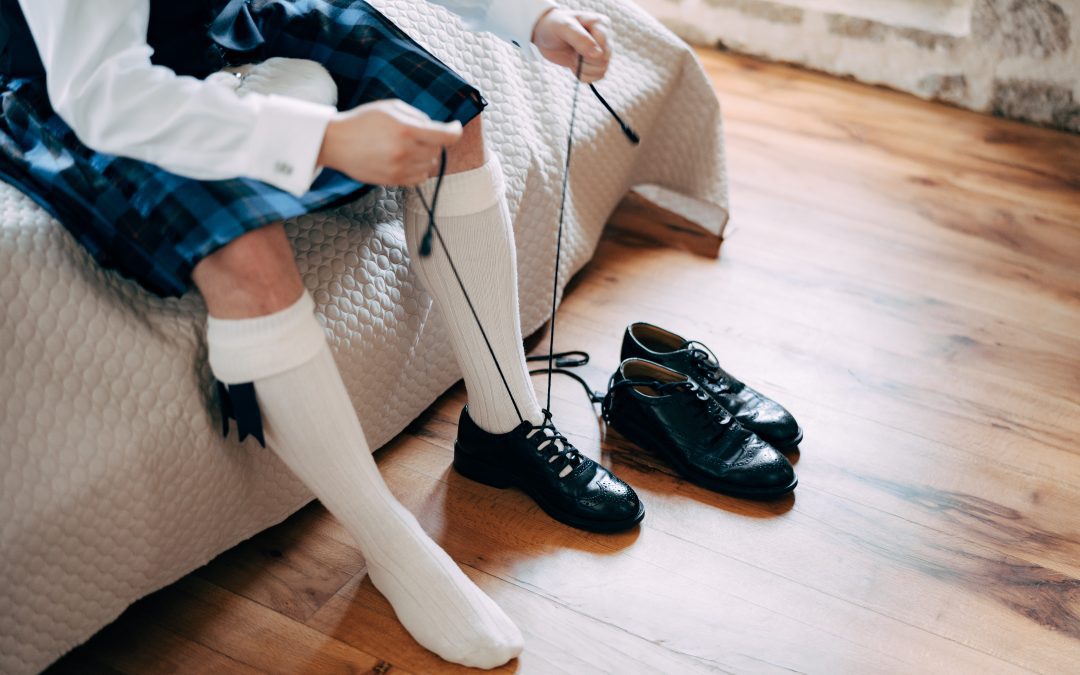 The kilt is a knee-length garment with pleats at the rear, originating in the traditional dress of men and boys in the Scottish Highlands of the 16th century. Since the 19th century it has become associated with the wider culture of Scotland in general, or with Celtic (and more specifically Gaelic) heritage even more broadly. It is most often made of woollen cloth in a tartan pattern.

Although the kilt is most often worn on formal occasions and at Highland games and sports events, it has also been adapted as an item of fashionable informal male clothing in recent years, returning to its roots as an everyday garment.

The Scottish kilt displays uniqueness of design, construction, and convention which differentiate it from other garments fitting the general description. It is a tailored garment that is wrapped around the wearer’s body at the natural waist (between the lowest rib and the hip) starting from one side (usually the wearer’s left), around the front and back and across the front again to the opposite side. The fastenings consist of straps and buckles on both ends, the strap on the inside end usually passing through a slit in the waistband to be buckled on the outside; alternatively it may remain inside the waistband and be buckled inside.

A kilt covers the body from the waist down to the centre of the knees. The overlapping layers in front are called “aprons” and are flat; the single layer of fabric around the sides and back is pleated. A kilt pin is fastened to the front apron on the free corner (but is not passed through the layer below, as its function is to add weight). Underwear may or may not be worn, as the wearer prefers, although tradition has it that a “true Scotsman” should wear nothing under his kilt. The Scottish Tartans Authority, however, has described the practice as childish and unhygienic.

Today most Scotsmen regard kilts as formal dress or national dress. Although there are still a few people who wear a kilt daily, it is generally owned or hired to be worn at weddings or other formal occasions.

Contemporary kilts have also appeared in the clothing marketplace, n a range of fabrics, including leather, denim, corduroy, and cotton. They may be designed for formal or casual dress, for use in sports or outdoor recreation, or as white or blue collar workwear. Some are closely modelled on traditional Scottish kilts, but others are similar only in being knee-length skirt-like garments for men. They may have box pleats, symmetrical knife pleats, or no pleats at all, and be fastened by studs or velcro instead of buckles. Many are designed to be worn without a sporran, and may have pockets or tool belts attached.