Inchcolm Island in the Firth of Forth 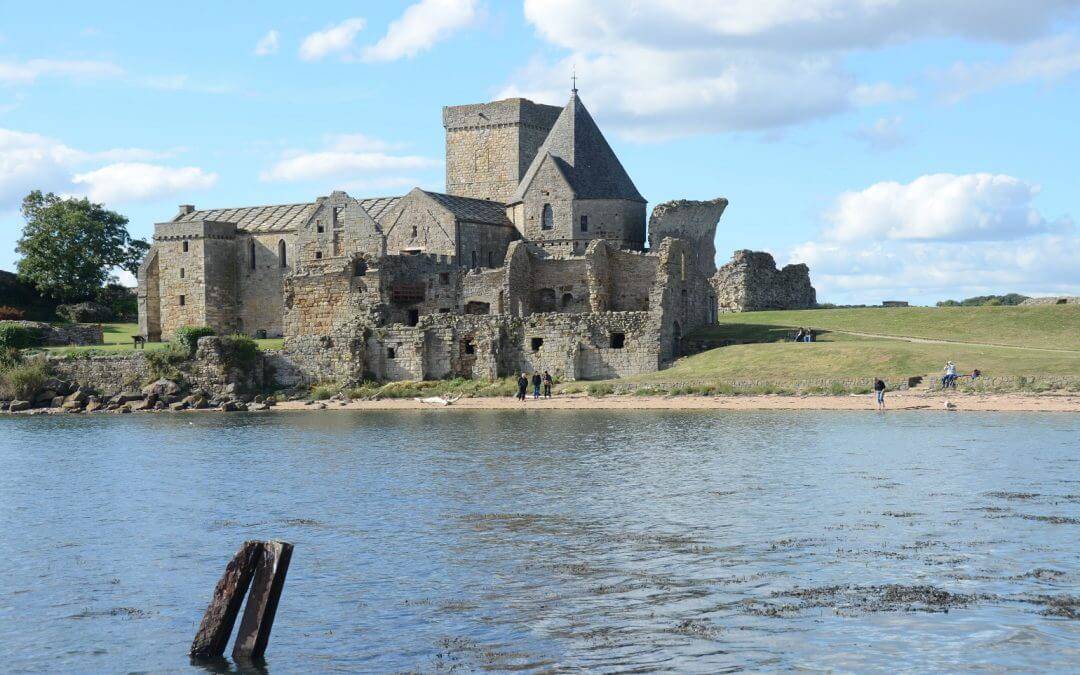 Inchcolm is an island in the Firth of Forth in Scotland. It is located 4 miles east of the Forth Bridge, 1 mile from the Fife coast near Aberdour and just 6 miles from Edinburgh City Centre  (Google map link here).

The Island is cared for by Historic Scotland and is commonly referred to as the ‘Iona of the East’ due to its similarity to the Island of Iona on the west coast of Scotland.

Inchcolm Abbey dates back to the 12th Century and was founded by King David I, after his brother King Alexander I was forced to seek shelter there during a very stormy crossing of the Forth in 1123.  The Abbey remains as the best preserved group of monastic buildings in Scotland. The Abbey and its grounds are all fully open to the public to explore at your leisure and you can even climb up to the top of the tower for spectacular views of the island.

During both the First World War and the Second World War, Inchcolm was fortified, like many of the other islands of the Forth in order to defend Edinburgh-Leith and the naval base at Rosyth. In addition to the battery of guns, 576 Cornwall Works Company, Royal Engineers, built a tunnel around 1916-17, under the hill at the east end of the island. The remains of a NAAFI (Navy, Army and Air Forces Institutes) can also still be found on the island, and is now used as a small shop by Historic Scotland.

There are currently two ferry services that operate trips to Inchcolm island, and allow passengers to explore the island. The Maid of the Forth and the Forth Belle both operate from the Hawes Pier in South Queensferry usually between Easter and late October.