Our selection of 10 Free Shows to enjoy The Edinburgh Fringe Festival! 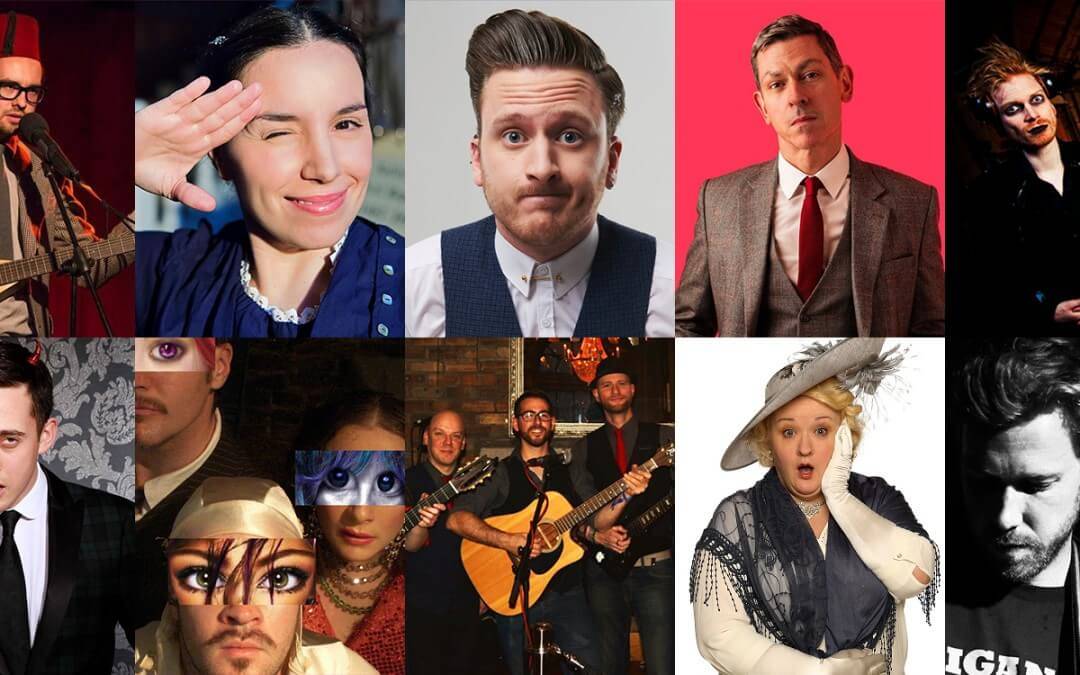 The Edinburgh Festival Fringe started last week. It’s a great opportunity to enjoy some fabulous shows of all kinds from around the world. We know it’s very difficult to choose which one you want to see when there are literally thousands of shows on offer. That’s why we made a wee selection of 10 Free shows especially for you!

Here is our selection organised by show times.
You can also see a quick summary & videos for each show. 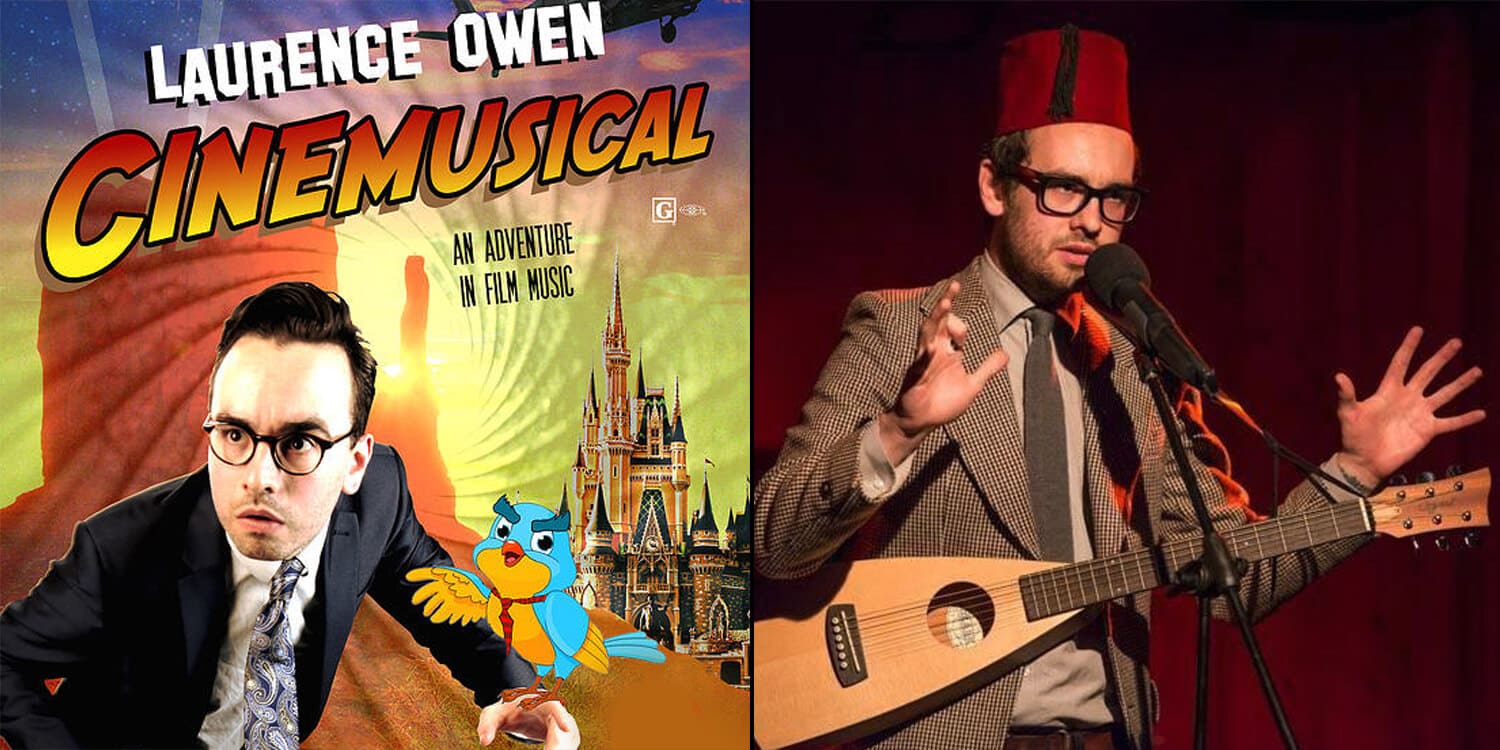 Award-winning film composer and Musical Comedy Awards finalist Laurence Owen presents a one-man musical of cinematic proportions. What do Disney princesses really wish for? Do James Bond villains just want to be loved? And what does the plucky animal sidekick really think of the heroic, hard-bitten cowboy? Accompanied by a rip-roaring original score, Cinemusical is a loving parody of the great maestros of Hollywood. ‘A joy to listen to’ (Stage.co.uk). ‘If this film came out in the cinema, I would be the first to join the queue’ **** (MusicalTheatreReview.com). ‘Brilliantly written and remarkably scored’ **** (BroadwayBaby.com). 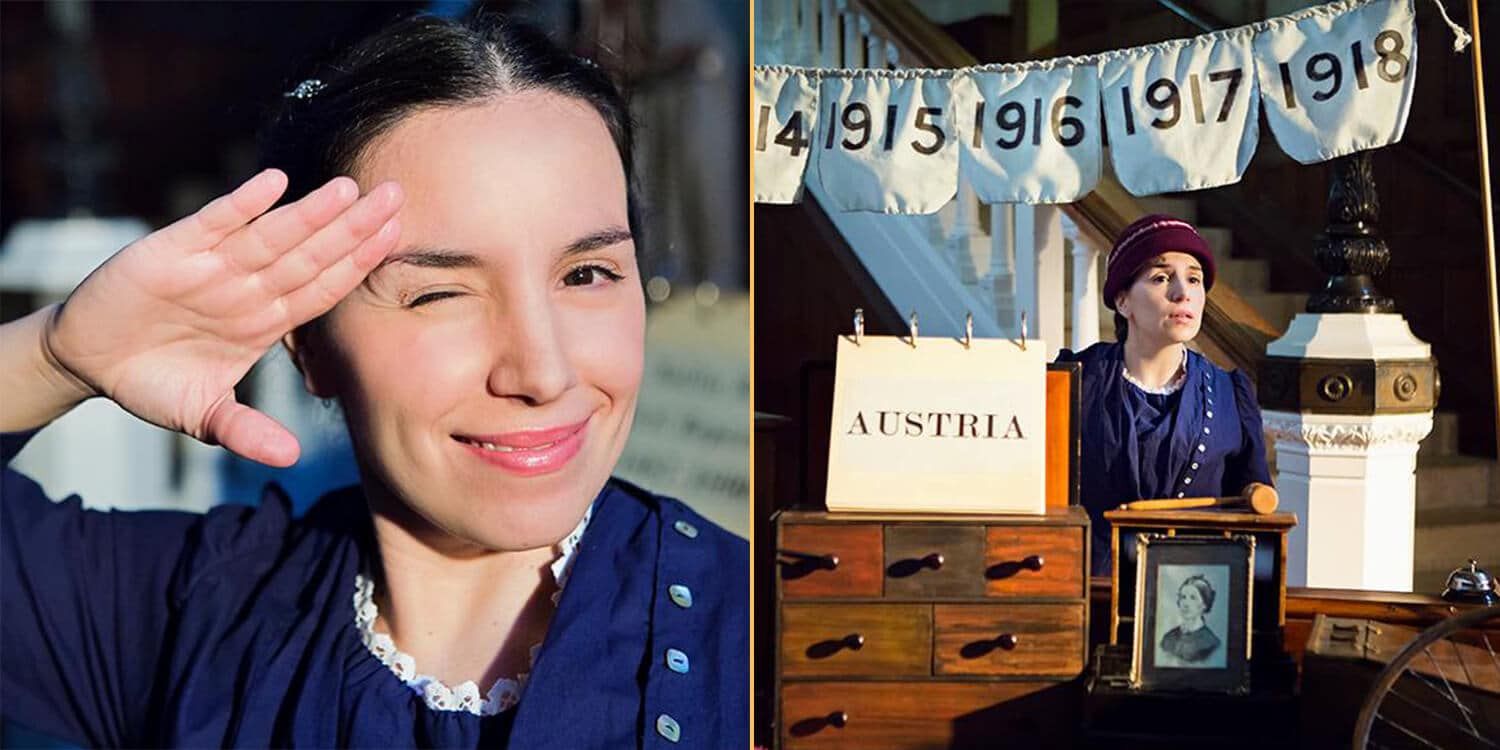 The Adventures of Nellie Bly

The Adventures of Nellie Bly is an original one woman show with songs about the true story of a remarkable 19th-century journalist and daredevil, whose adventurous articles and determination made her the most famous reporter in America by the time she turned 25 – before women had the right to vote. Written and performed by Maya Levy, directed by Abigail Anderson, with set design by Dora Schweitzer, the show is funny and enlightening. 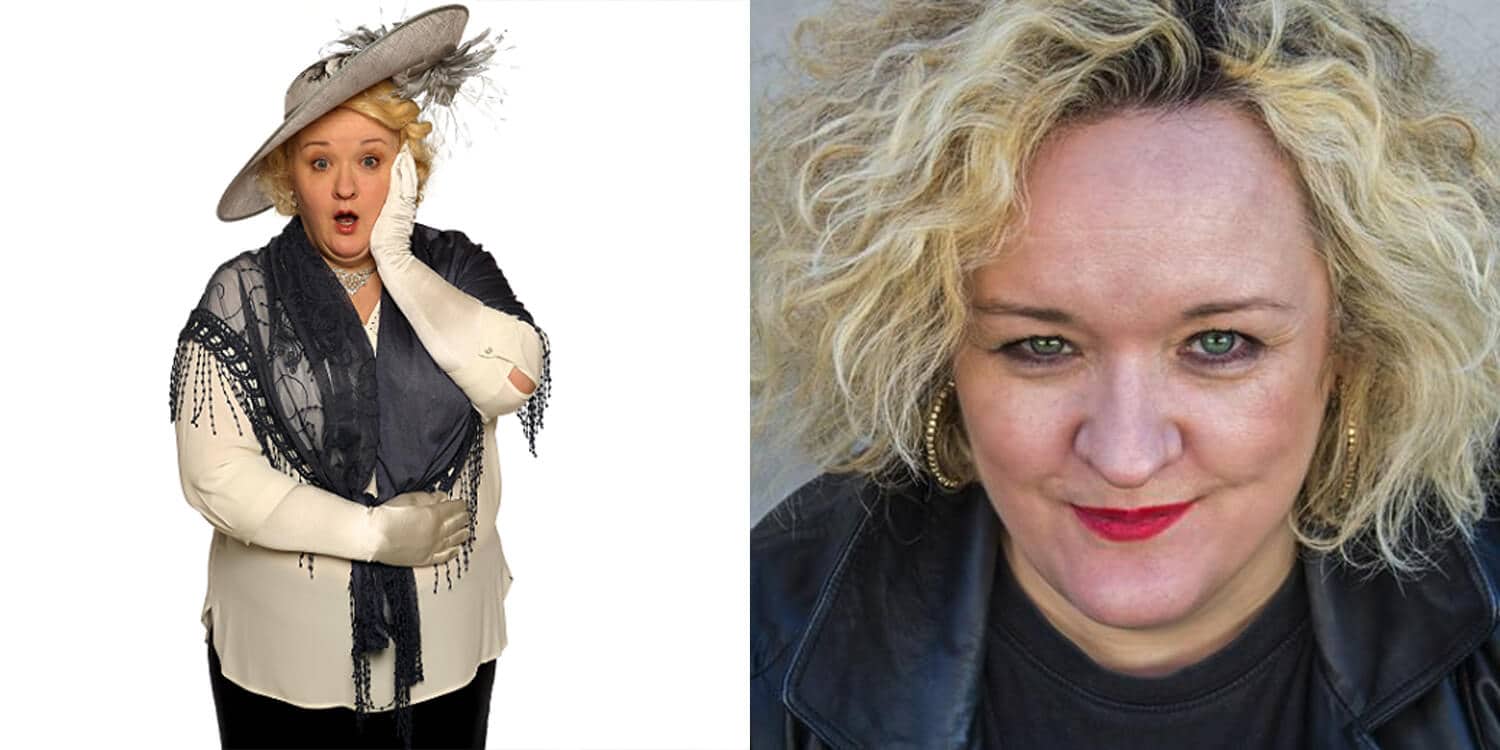 Pull up to the bumper and go downtown with Abi and her Labrador* Al Qaeda. Join her in tales of Welsh debauchery, the perils of singing karaoke in Moscow and an unfortunate incident with Jeremy Clarkson in Harrods. Find out what happens when your parents want you to be an opera singer and you end up tap-dancing in a pig costume, promoting a butchers. 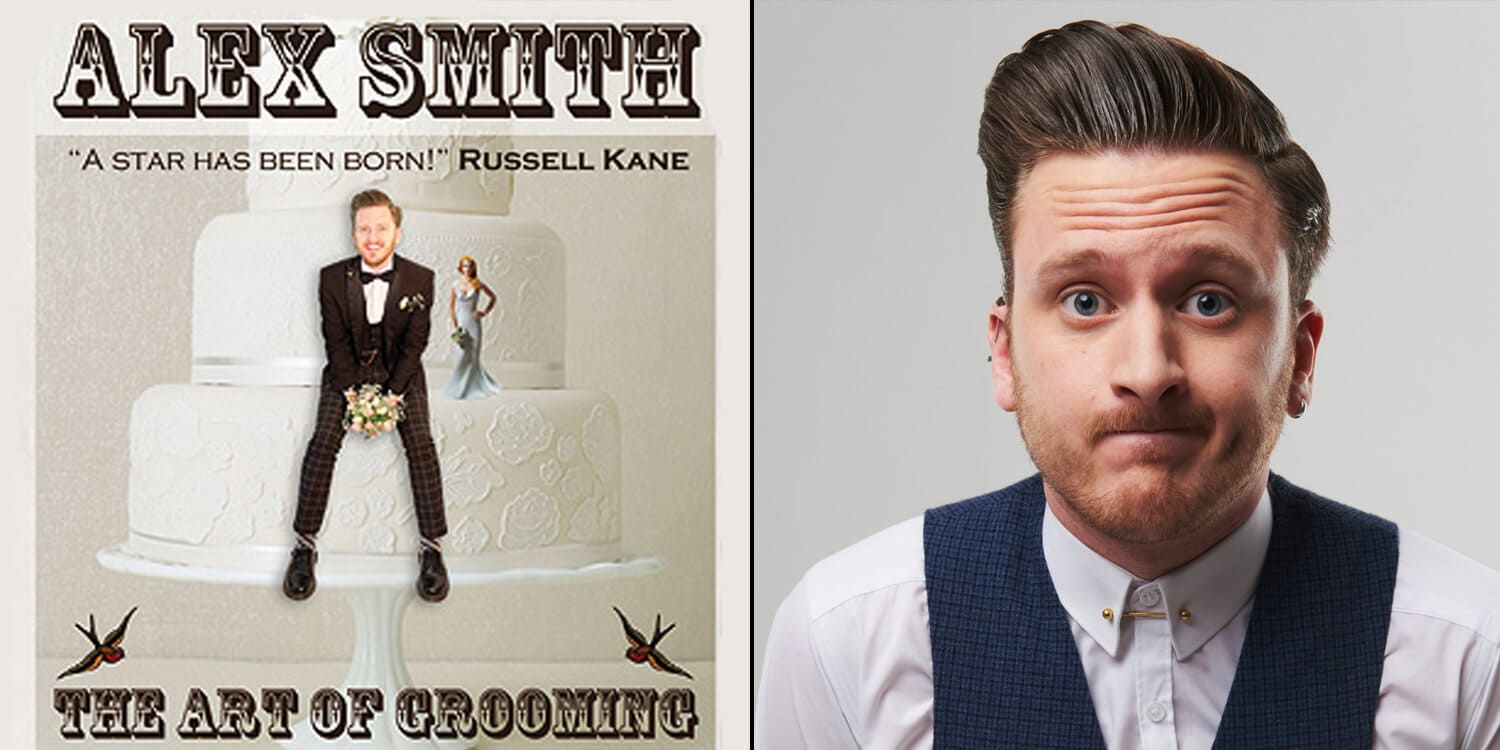 Alex Smith – The Art of Grooming

Have you ever felt that perhaps you have too much money? That the money you have set aside for a house, a car or that kidney transplant a doctor has told you that you critically need, could be put to better use? Perhaps it could be better spent making someone else’s hand worth more than most people’s car? Well then perhaps you, like Alex, have recently decided to get engaged. Stand-up, Huffington Post columnist and You and Your Wedding magazine’s resident groom Alex Smith takes you on his wedding journey. 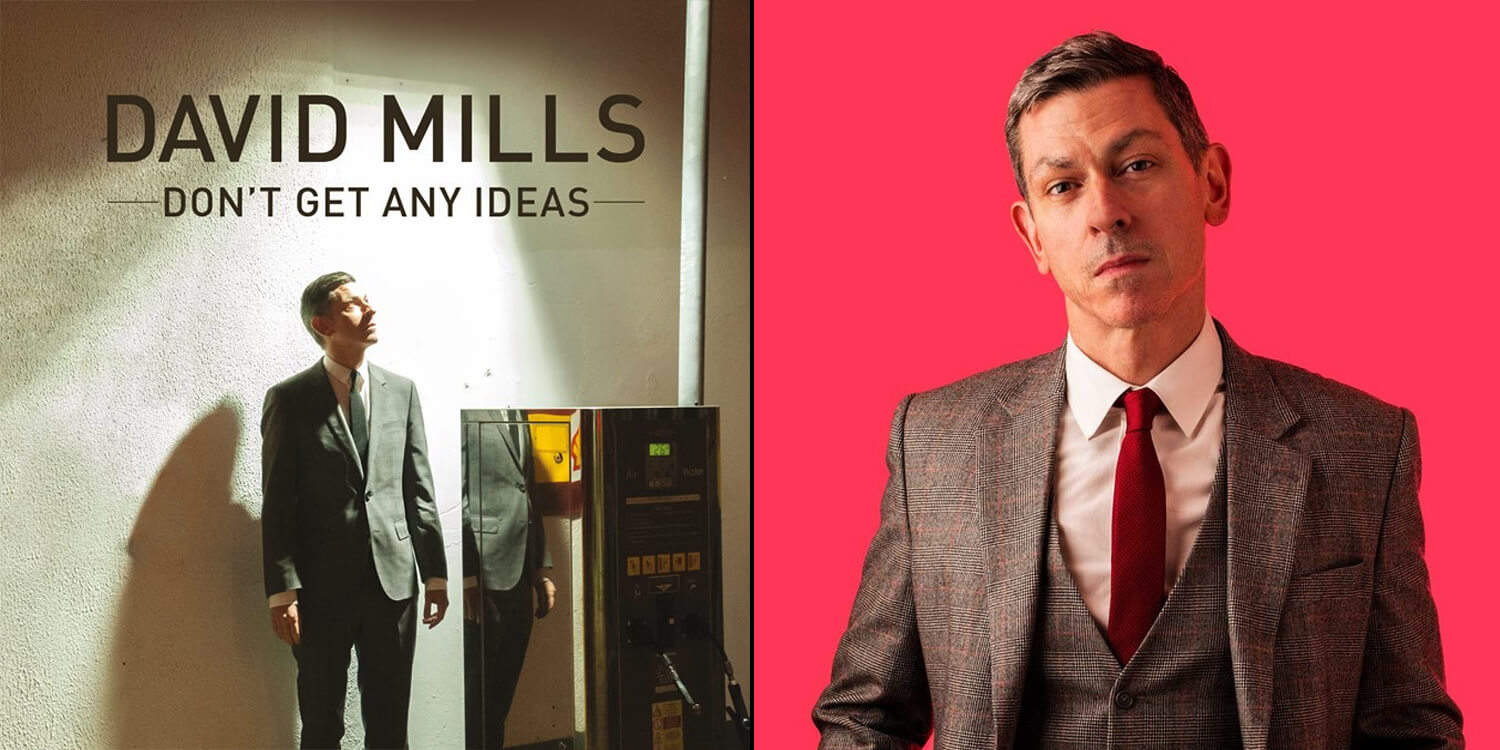 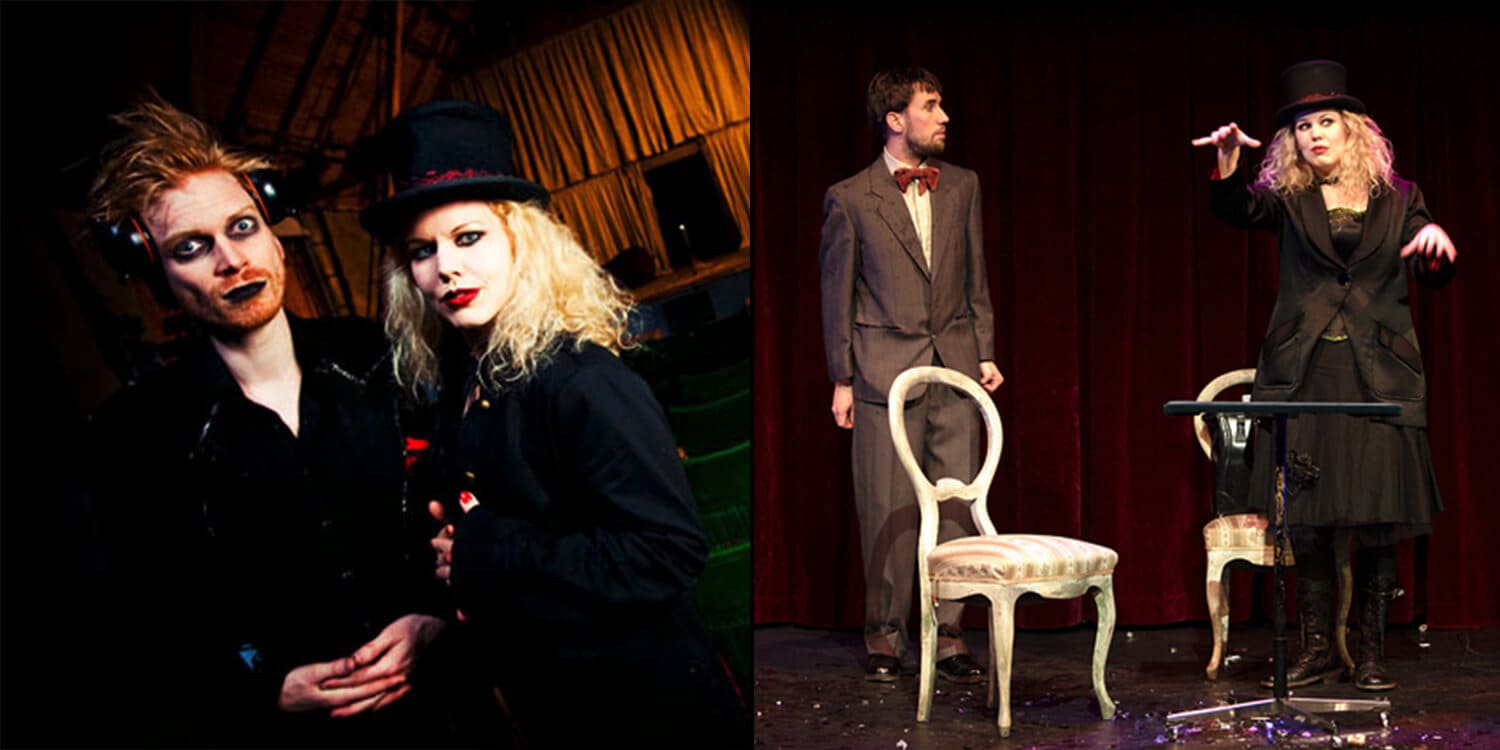 She is the glorious enfant terrible of magic. He is a gentleman hobo, a conjuror extraordinaire. Malin Nilsson and Charlie Caper deliver a laugh out loud, one of a kind magic show with a lot of WTFs and raw onions. Do you want happiness, laughter and bliss? They guarantee nothing, but are confident enough to subtly imply incredibly positive emotional states resulting from watching this performance. 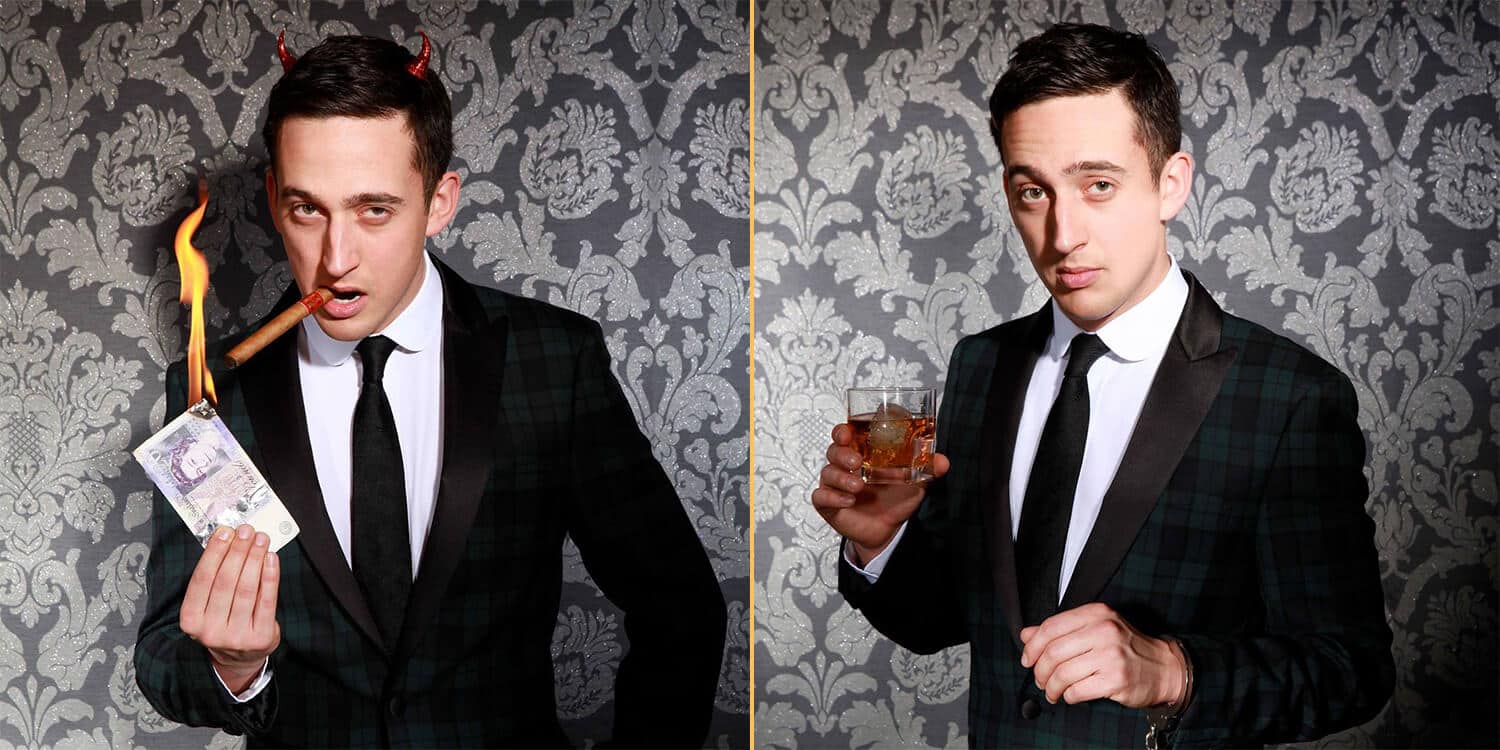 Paul’s dynamic and high-energy style has garnered him multiple accolades and awards, sending him and his cheeky brand of magic to audiences accross six continents. From a background of extensive theatrical experience, he has established himself as one of the finest rising stars in the world of magic. A highly versatile performer, Paul’s deceptive talents range from intimate sleight-of-hand to spectacular stage illusions. 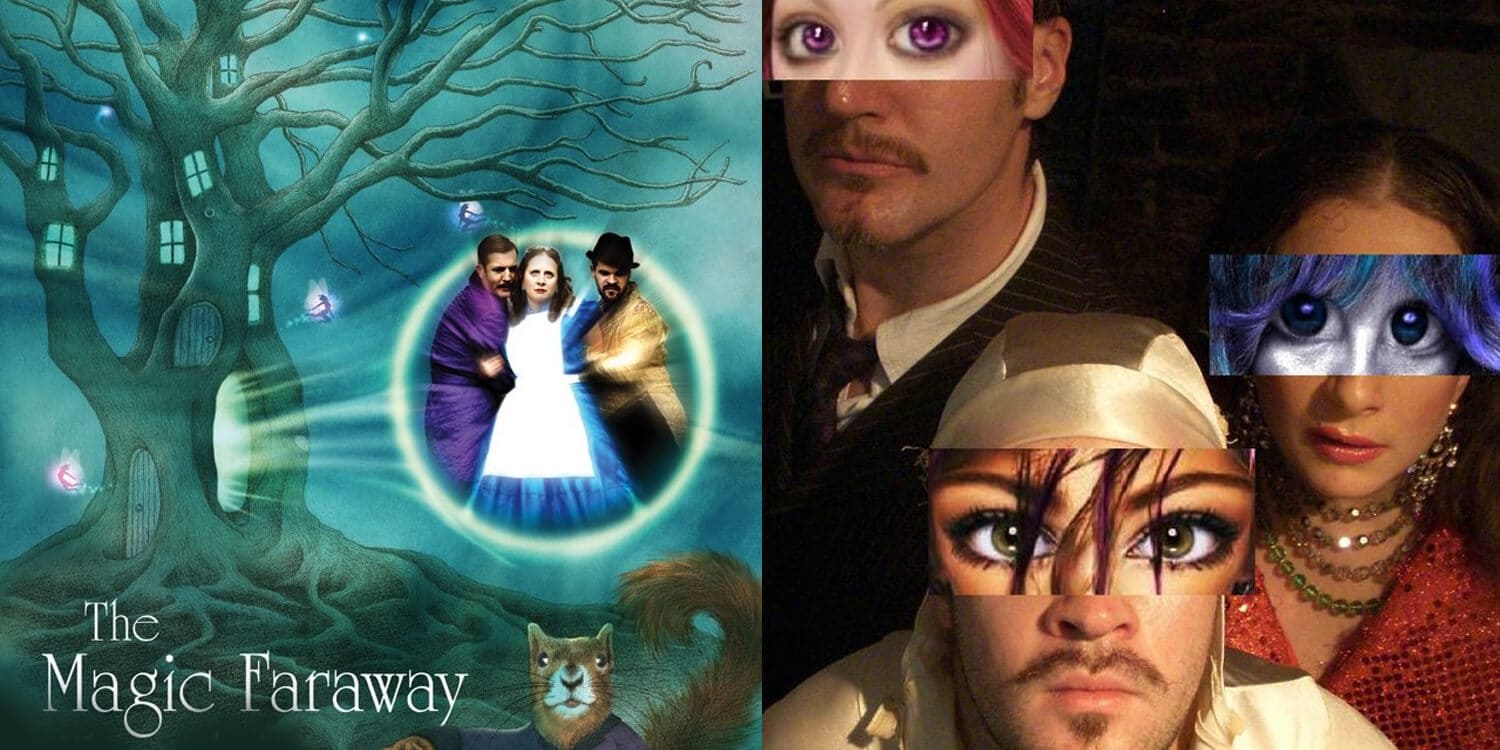 Always packed, this ‘fab lil cabaret party’ (Time Out) returns to Edinburgh for its fourth year with the pick of the Fringe’s burlesque, magic, variety and sideshow. A world away from your average mixed bill night. Hosted by Mister Meredith, Magic Faraway has a reputation for being a little wilder than other variety shows. With games and naughtiness between the acts and a unique party atmosphere, never has The Speakeasy in The Voodoo Rooms more lived up to its name. ‘This fun late night show has a taste of everything: sexy jazz, feathers, glitter’ **** (ThreeWeeks). 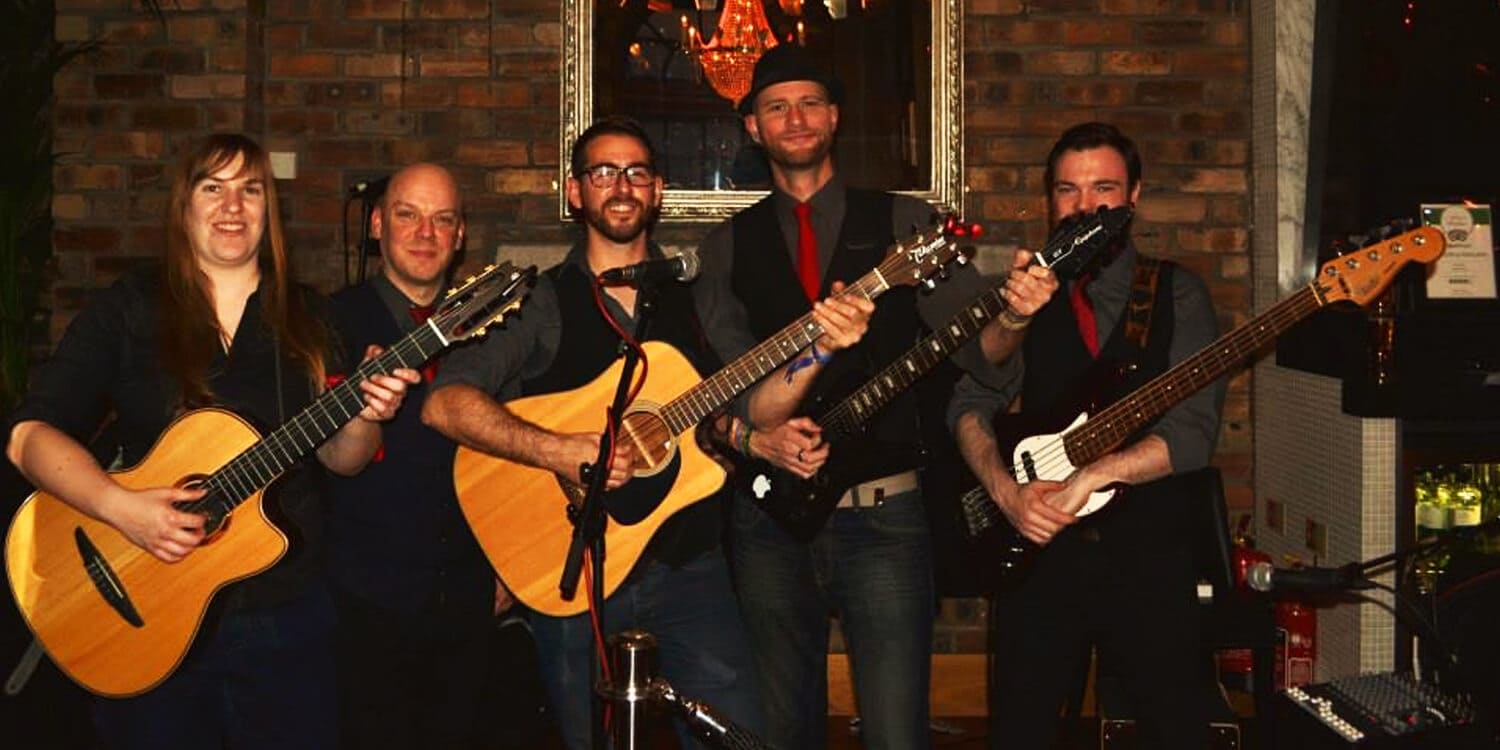 They have been playing live music at bars and clubs around Edinburgh since 2012. They all take a turn on the microphone. 5 players with 5 very different styles. James touches on the 50’s feel rockabilly/blues. Cameron with indie pop and a lot of his original material. Alan adds a taste of soul, blues and jazzy numbers to the set when he’s not got his mouth full with the harmonica and Joe gives us a harder edge with rock and funk numbers whilst giving it laldy on the bass. Alison has helped to unlock a vast new potential for the band… the things she can do with that guitar! 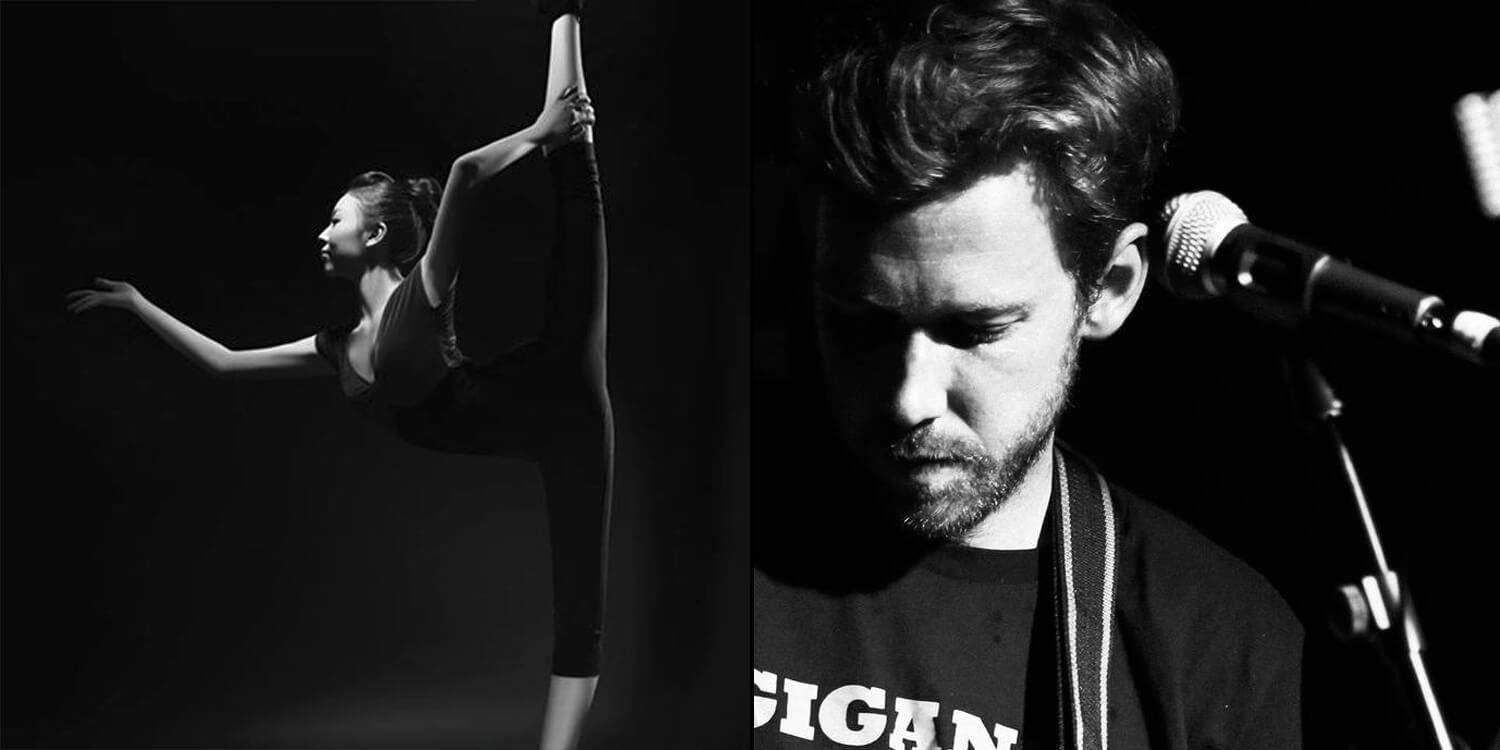 Colin and Yozy are an international duo melding together music and dance. Colin, a Canadian musician who has come to the UK from Japan, will be using a loop pedal to combine beat boxing, guitar and singing to create upbeat catchy tunes. Meanwhile, Yozy, a professional Chinese dancer, dazzles the eyes with her unique dance performance.