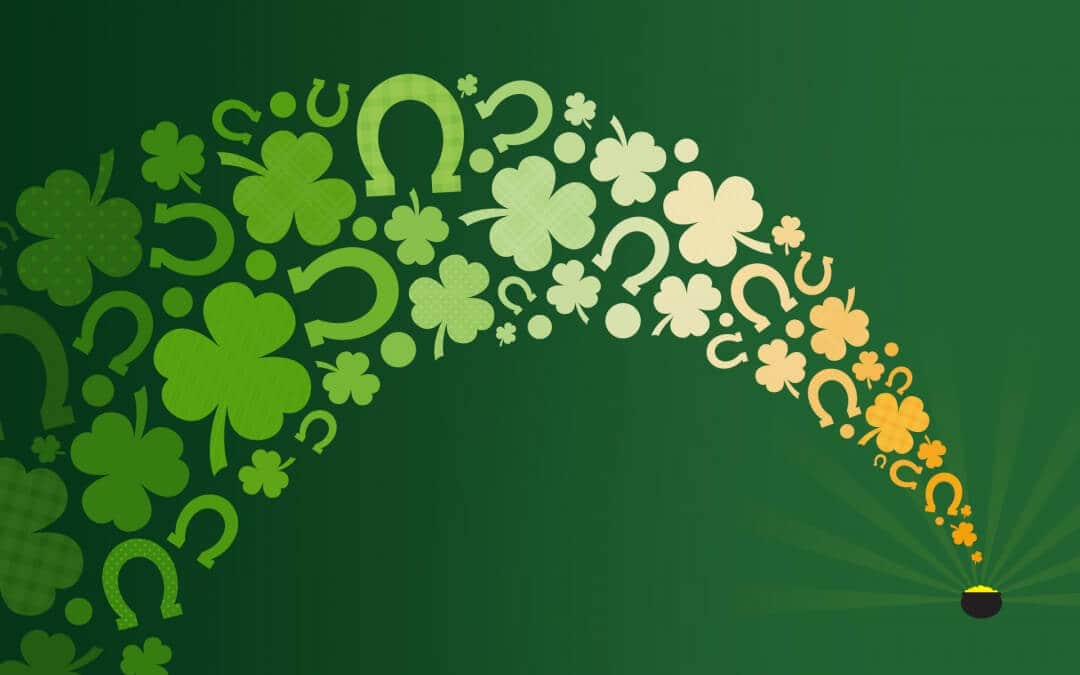 St. Patrick’s Day is a very popular holiday which is celebrated every year on 17th March. Everyone knows about the tradition of wearing green on this day and drinking some good Irish Guinness with friends. However, did you know what people are really celebrating, or why St Patrick’s Day is so important?

Although it only became an official Irish public holiday in 1904, the Irish have observed this day as a religious holiday for thousands of years. However, St Patrick’s Day traditions as we know them today come greatly from the USA. Here, the day is widely recognised and celebrated throughout the country with Irish festivals, parades, and the colour green. It is also common practice to drink Irish stout and eat corn beef and cabbage. The prominent displaying of the clover leaf comes from the legend which says that St. Patrick used the plant to visually illustrate the concept of the Holy Trinity (the Father, the Son and the Holy spirit).

1. Did you know there are more Irish in the USA than Ireland?

An estimated 34 million Americans have Irish ancestry. Some are pure-blood Irish, meaning they or their parents came from Ireland, but many more have mixed ancestry today. By contrast, there are 4.2 million people living in Ireland.

St. Patrick wasn’t Irish, and he wasn’t born in Ireland. Patrick’s parents were Roman citizens living in modern-day England, or more precisely in Scotland or Wales (scholars cannot agree on which). He was born in 385 AD.

3. Legend says St. Patrick drove all the snakes from Ireland

According to legend, St. Patrick drove all the snakes, or in some translations, “toads,” out of Ireland. In reality, this probably did not occur, as there is no evidence that snakes have ever existed in Ireland, the climate being too cold for them to thrive. Despite that, scholars suggest that the term “snakes” may be figurative and refer to pagan religious beliefs and practices rather than reptiles or amphibians.

The original color associated with St. Patrick is blue, not green as commonly believed. In several artworks depicting the saint, he is shown wearing blue clothes. King Henry VIII used the Irish harp in gold on a blue flag to represent the country. Since that time, blue has been a popular color to represent the country on flags, coats-of-arms, and even sports jerseys. Green was associated with the country later, presumably because of the greenness of the countryside.

Aside from the color green, the activity most associated with St. Patrick’s Day is drinking. However, Irish law, from 1903 to 1970, declared St. Patrick’s Day a religious observance for the entire country meaning that all pubs were shut down for the day. That meant no beer, not even the green kind, for public celebrants. The law was overturned in 1970, when St. Patrick’s was reclassified as a national holiday – allowing the taps to flow freely once again.