Step into Edinburgh’s most haunted places 👻

Halloween is approaching as fast as people from Edinburgh died during the dark time when The Black Death (also known as The Plague) spread across the city and killed thousands of its inhabitants, and so we would like to share with you some of the most haunted places in Edinburgh.

This old Grassmarket Inn is reputed to be the most haunted pub, not just in Edinburgh but in the whole of Scotland. Public executions used to take place nearby. Sightings of a shadow going to the cellar have been reported and a door down there has been seen to slam shut on occasions. Barrels have been moved and beer taps closed off and when the staff opens them to pour a pint, they find they are switched off again. These incidents and many more have been reported by staff and owners over many, many years. 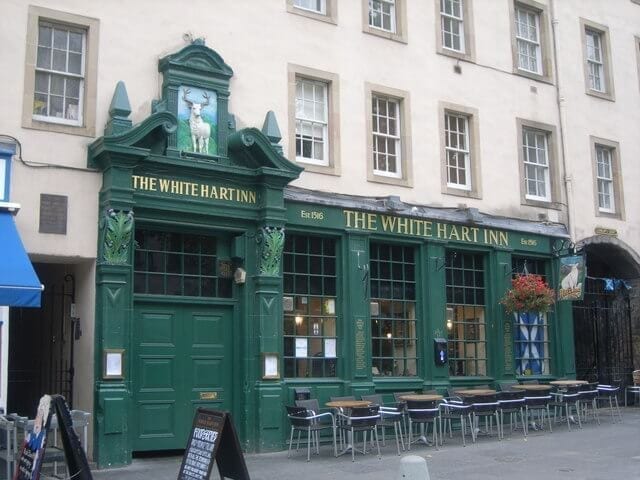 Underneath South Bridge are many vaults and passageways. The bridge was built over Niddry Wynd and its cobbled street still lies under the bridge. In the past, people lived in the vaults and there were even shops underground. You can visit the vaults on a tour and over the years many ghost stories have surfaced. One of the most interesting stories happened early in 2003 when a radio producer was interviewing former rugby star, Norrie Rowan, who owns part of the underground city. On playing the interview back there was a ghostly voice shouting Go Away in Gaelic but no one else had been there at the time.

A number of ghost tours take place in the city’s underground vaults and there have been a various reports of paranormal activity. The TV show, Most Haunted, hosted a live investigation in the vaults in 2006 and, according to some reports, Burke and Hare stored the bodies of their victims in the site before selling them to the medical school. 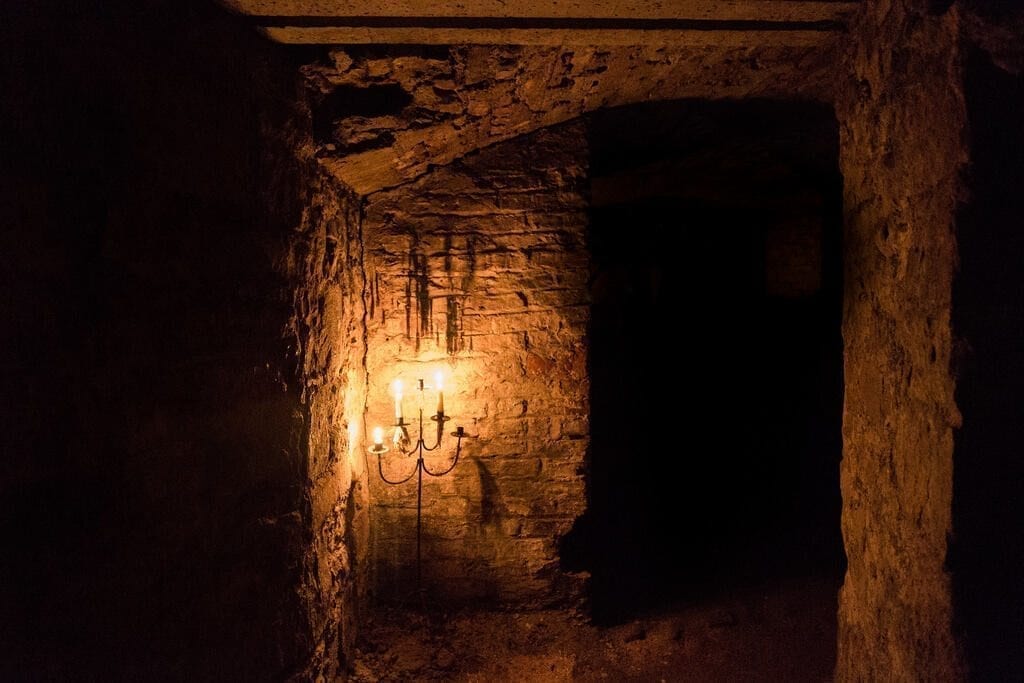 Partially located within some of the city’s many underground vaults, the Banshee Labyrinth describes itself as Scotland’s most haunted pub. It is reportedly occupied by a banshee – a group of workmen once heard a bloodcurdling scream and a few hours later one of them received a call about the death of a family member. There are also said to be occurrences of drinks flying off tables and smashing into walls. 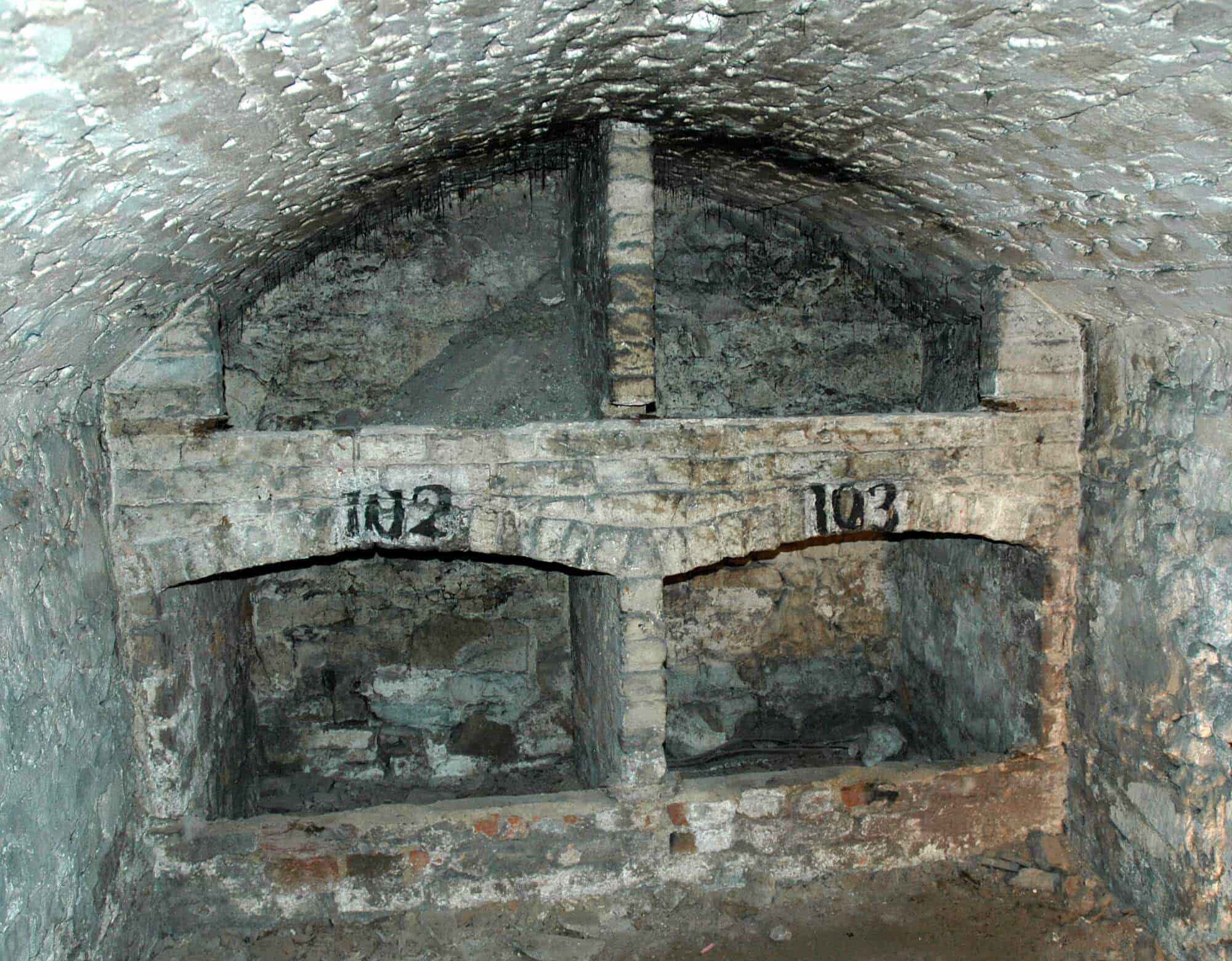 Edinburgh has a hidden underworld to which the castle is strongly connected, a series of secret tunnels leading from Edinburgh castle down the Royal Mile. One of these is rumoured to lead to Holyrood House. Holyrood house itself is closely associated with Scotland’s turbulent past, including Mary, Queen of Scots, who lived here between 1561 and 1567. Successive kings and queens have made the Palace of Holyrood house the premier royal residence in Scotland; even today it’s still a royal residence.

When the tunnels were first discovered several hundred years ago, a piper was sent to explore. As he navigated the tunnels he played his bagpipes so that his progress could be tracked by those above. About halfway down the Royal Mile the piping suddenly stopped. When a rescue party was sent, there was no trace of the piper. He had simply vanished. Several search parties went into the tunnel system but no trace of the piper was ever found.

The piper’s ghost still haunts Edinburgh today, walking endlessly along the underground tunnel beneath the Royal Mile. His music can sometimes be heard from within the castle and on the streets above the tunnels. 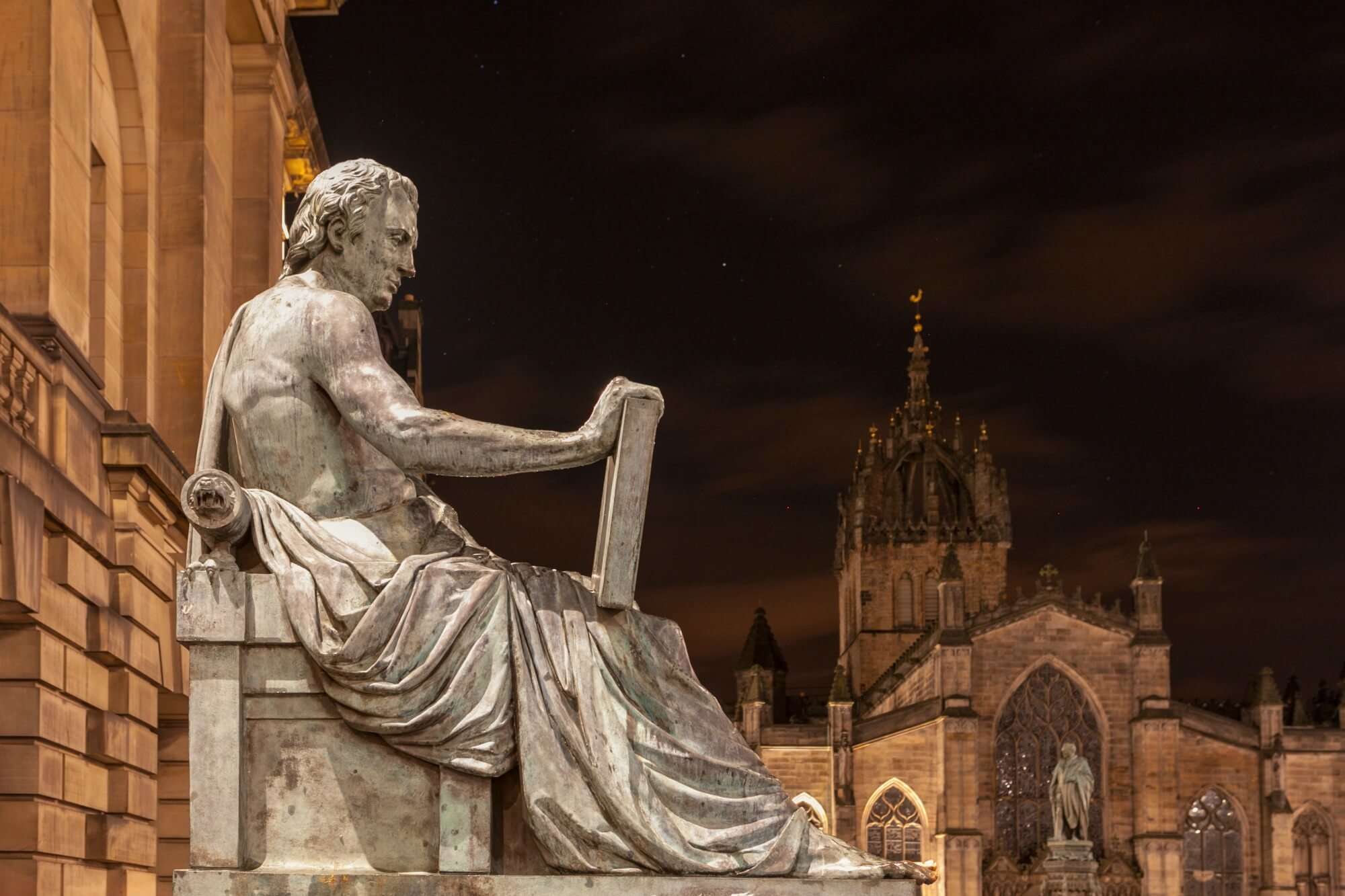 It has a history dating back more than 2,000 years and has been the site of numerous battles and sieges so it’s no wonder there are reports of ghostly goings-on at the city’s most iconic landmark. The sound of drums, unexplained knocking sounds, and mysterious orbs have all been reported. In 2001, a team of scientists carried out an investigation into the paranormal experiences at the castle as part of the Edinburgh International Science Festival and said the results appeared to support the stories. 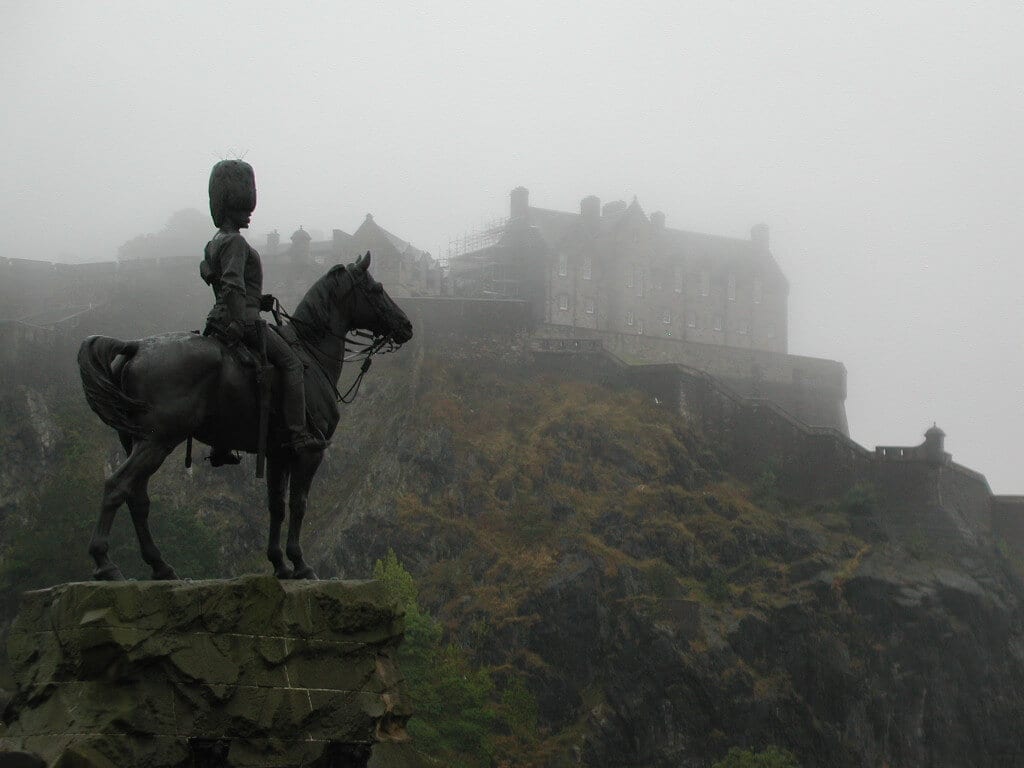