The Falkirk Wheel & The Kelpies 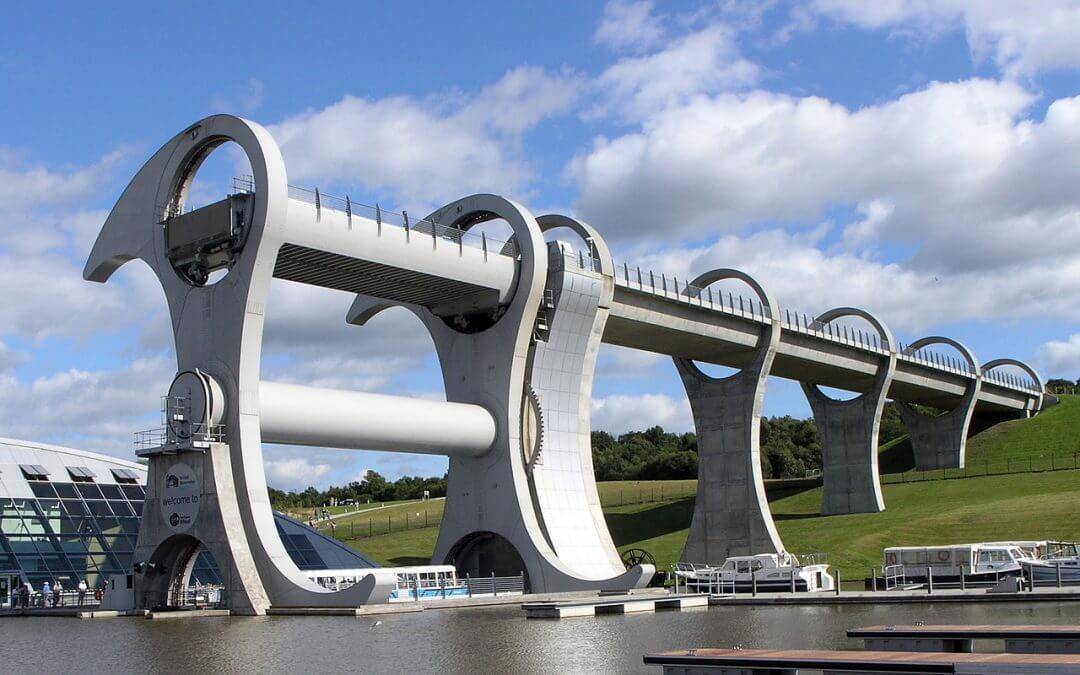 The Falkirk Wheel is a huge, rotating boat lift, operational since 2002. It forms a crucial part of the Millennium Link project that reconnected Edinburgh and Glasgow by canal, a means of transformation that had been allowed to slowly decay since the 1930s. The Union Canal runs from Scotland’s capital to the Wheel where it meets up with the Forth & Clyde Canal, continuing through to the country’s biggest city. Boats simple sail into the impressive apparatus and are lifted, or lowered, 24 metres from one canal to the other – although there are some locks involved too.

It’s a remarkable piece of contemporary engineering and an attraction in its own right with a visitor centre, café and boat trips that lets you fly gently through the air while afloat. The Wheel is just to the west of Falkirk but if you get the ScotRail train from Edinburgh Waverley or Haymarket to Falkirk High (25 minutes), you can walk there along the Union Canal towpath that passes immediately south of the station. Station platform to Wheel is 3.5km. 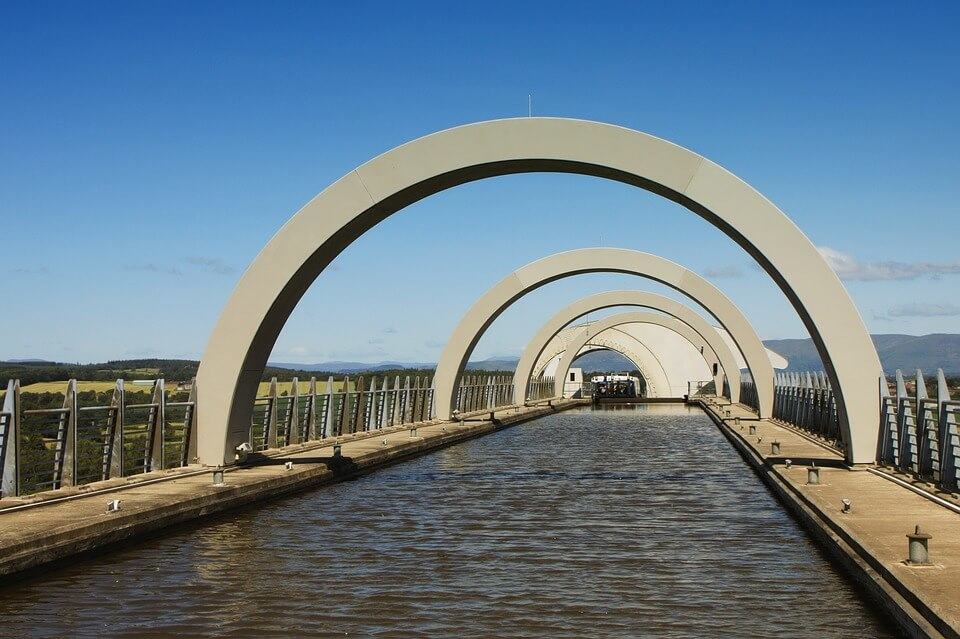 A stone’s throw from the Falkirk Wheel is Helix Park, home to the Kelpies: two monumental sculptures depicting the heads of mythical water horses, each nearly 30 metres high, built of steel. 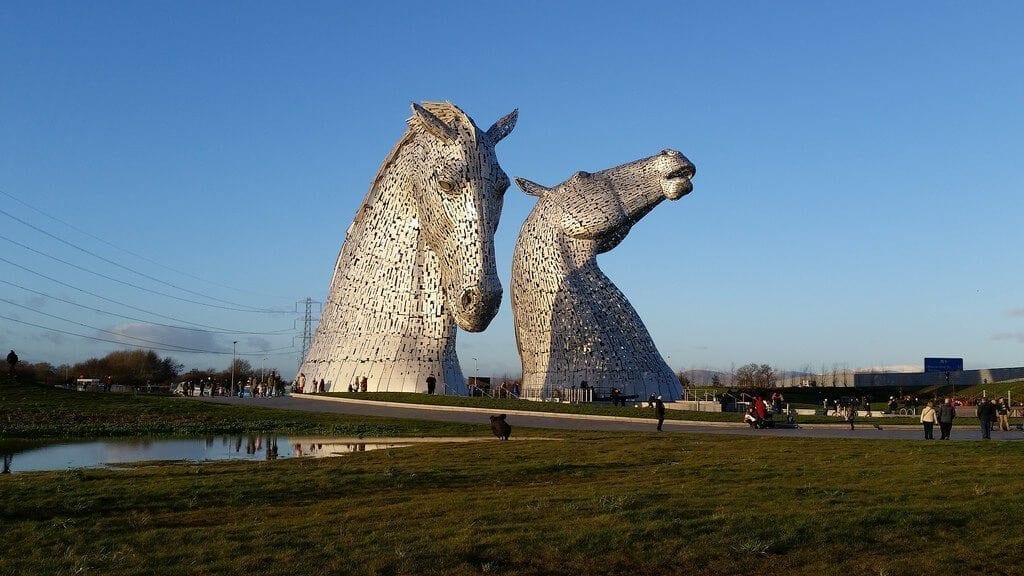 They are enormous, glittering, utterly magnificent and new – only open to the public since spring 2014.