The Thistle: Symbol of Scotland 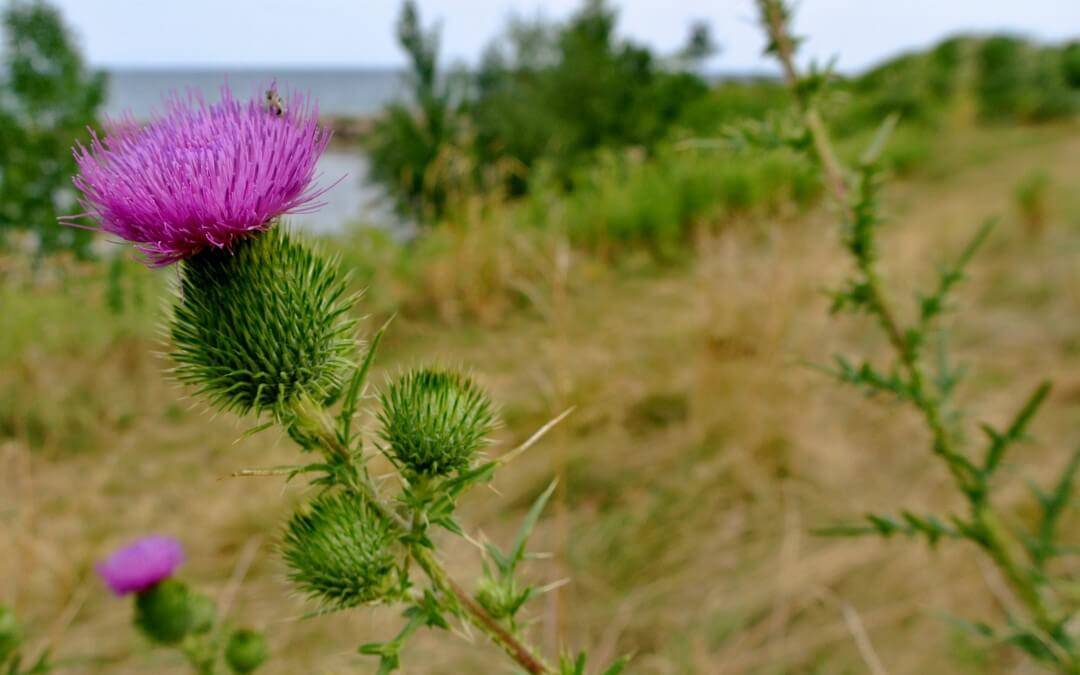 Alongside tartan, the thistle is perhaps the most identifiable symbol of all things Scottish. The thistle was adopted as the Emblem of Scotland during the rein of Alexander III (1249 – 1286). Legend has it that an Army of King Haakon of Norway, intent on conquering the Scots, landed at the Coast of Largs at night to surprise the sleeping Scottish Clansmen. In order to move more stealthily under the cover of darkness, the Norsemen removed their footewear.

But something else was hiding under the cover of darkness. One of Haakon’s men unfortunately stood on one of these spiny little defenders and shrieked out in pain, alerting the Clansmen of the advancing Norsemen. Needless to say, the Scots won the day.

Sadly, there is no historical evidence to back up the tale and, in fact, there’s even confusion as to the type of thistle that we see represented everywhere. There are many species of thistle and the spear thistle, stemless thistle, cotton thistle, Our Lady’s thistle, musk thistle and melancholy thistle have all been suggested as possible candidates.

Whatever its origins, the thistle has been an important Scottish symbol for more than 500 years. Perhaps its first recognisable use was on silver coins issued in 1470 during the reign of James III and from the early 16th century, it was incorporated into the Royal Arms of Scotland. Scotland’s premier Order of Chivalry, established in 1687, is The Most Ancient and Noble Order of the Thistle and its members wear a collar chain whose links are made of golden thistles. The Knights and Ladies of the Thistle also wear a breast star which bears the thistle emblem and a motto which is regularly associated with it, Nemo Me Impune Lacessit – ‘no-one provokes me with impunity’.