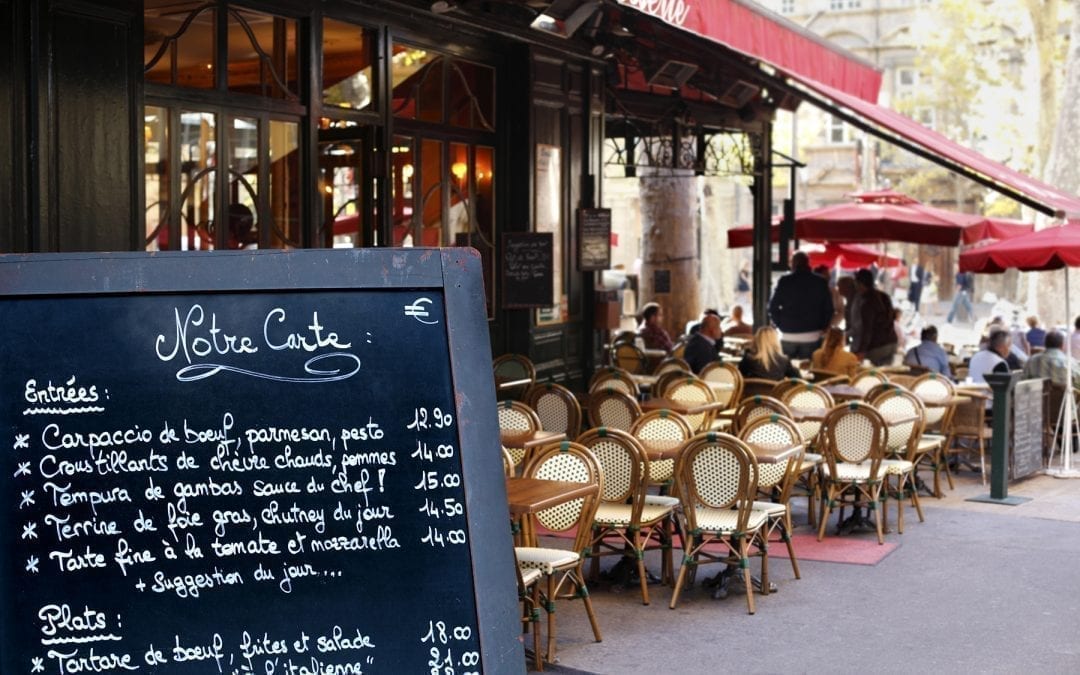 French is the international language of dance, architecture, the visual arts, theatre, fashion and haute cuisine. It’s spoken by over 200 million people, making it the ninth most spoken language in the world. Right now, approximately 750,000 people are learning it. If you can read it, you’ll be able to dip into the original works of such luminaries as Jean-Paul Sartre, Molière and Michel Foucault, and admire the words of Edith Piaf’s belting choruses. It’s a language of diplomacy and sophistication, and an official language of multiple institutions, from the United Nations to the European Union and the International Red Cross. If you’re looking to learn a language, French is a great choice. Here are 10 of the top reasons for learning French

More than 220 million people speak French on the five continents. The OIF, an international organisation of French-speaking countries, comprises 77 member States and governments. French is the second most widely learned foreign language after English, and the sixth most widely spoken language in the world.

French is also the only language, alongside English, that is taught in every country in the world. France operates the biggest international network of cultural institutes, which run French-language courses for close on a million learners.

2. A language for the job market

The ability to speak French and English is an advantage on the international job market. A knowledge of French opens the doors of French companies in France and other French-speaking parts of the world (Canada, Switzerland, Belgium, and the continent of Africa). As the world’s fifth biggest economy and third-ranking destination for foreign investment, France is a key economic partner. 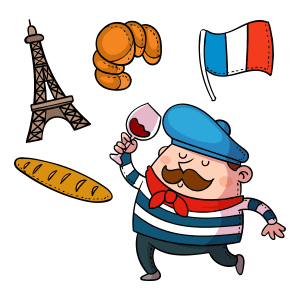 3. The language of culture

French is the international language of cooking, fashion, theatre, the visual arts, dance and architecture. A knowledge of French offers access to great works of literature in the original French, as well as films and songs. French is the language of Victor Hugo, Molière, Léopold Sendar Senghor, Edith Piaf, Jean-Paul Sartre, Alain Delon and Zinedine Zidane.

4. A language for travel

France is the world’s top tourist destination and attracts more than 79,5 million visitors a year. The ability to speak even a little French makes it so much more enjoyable to visit Paris and all the regions of France (from the mild climes of the Cote d’Azur to the snow-capped peaks of the Alps via the rugged coastline of Brittany) and offers insights into French culture, mentality and way of life. French also comes in handy when travelling to Africa, Switzerland, Canada, Monaco, the Seychelles and other places.

5. Because it’s not that difficult

We anglophones don’t have the greatest reputation for speaking foreign languages, but French is the one language in which many of us can at least utter a few words. This is due not only to the aforementioned similarities, but also to the fact that it’s taught widely in schools, French-speaking countries continue to be popular tourist destinations, and French words tend to pop up sporadically in high brow texts that are trying to be a little more high brow. Admittedly there are a few finicky grammar rules to learn, but generally speaking, English grammar corresponds relatively closely to French grammar.

6. The other language of international relations

7. A language that opens up the world

After English and German, French is the third most widely used language on the Internet, ahead of Spanish. An ability to understand French offers an alternative view of the world through communication with French speakers from all over the world and news from the leading French-language international media (TV5, France 24 and Radio France Internationale).

8. A language that is fun to learn

French is an easy language to learn. There are many methods on the market that make learning French enjoyable for children and adults alike. It does not take long to reach a level where you can communicate in French.

9. A language for learning other languages

French is a good base for learning other languages, especially Romance languages (Spanish, Italian, Portuguese and Romanian) as well as English, since fifty per cent of current English vocabulary is derived from French.

First and foremost, learning French is the pleasure of learning a beautiful, rich, melodious language, often called the language of love. French is also an analytical language that structures thought and develops critical thinking, which is a valuable skill for discussions and negotiations.

The accent is arguably the most difficult part of starting to learn French. Consonants toward the end of words have an unsettling tendency to disappear. Once you’ve tuned into the language, however, you can turn knees to jelly with the mere utterance of a simple sentence; is there anything more romantic than the soft, whispered sound of “Je t’aime”?

We offer evening French courses, duo lessons and private tuition to suit all levels. Whether you are a complete beginner interested in learning a new language, or an experienced speaker looking to brush up on your existing skills, we offer a range of French classes to suit you.

Our courses are designed in line with the world-renowned inlingua method and are led by native-speakers of the target language. Lessons are given in small groups to maximise speaking practice and there are no mixed-level groups. We have a long history of working with local businesses and are happy to hold lessons in your office or at our language centre in Edinburgh’s West End.

Now it’s THE TIME to book your place!