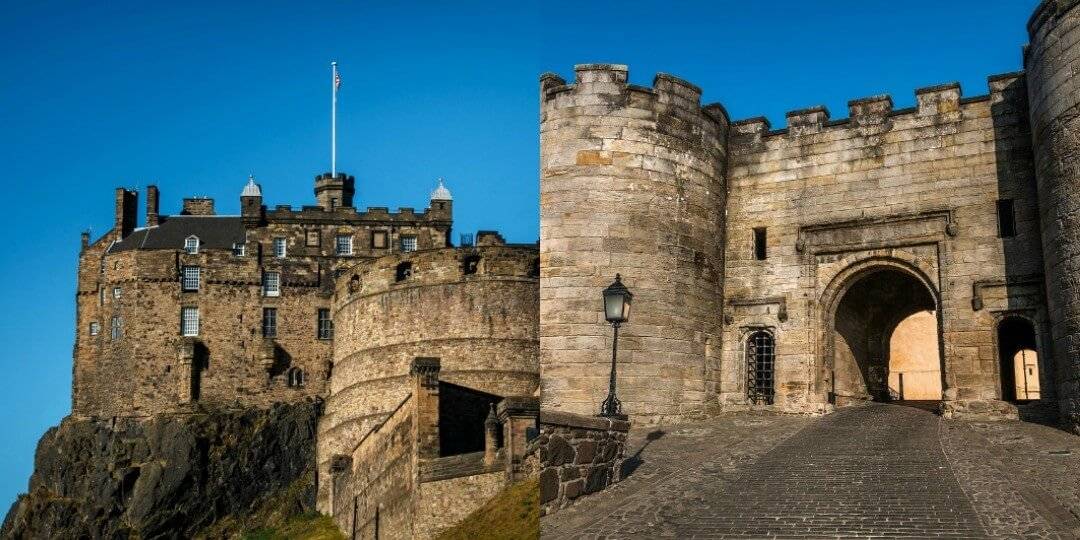 When people think of Scotland, castles are usually one of the first things that spring to mind. It’s no surprise when over 3000 castles have been built in this country over the centuries. Two of the most impressive and renowned are Stirling Castle and Edinburgh Castle which are both based in central Scotland and easy to reach by car, bus or train. If you’re thinking of visiting, here are a couple of wee guides on what to expect… 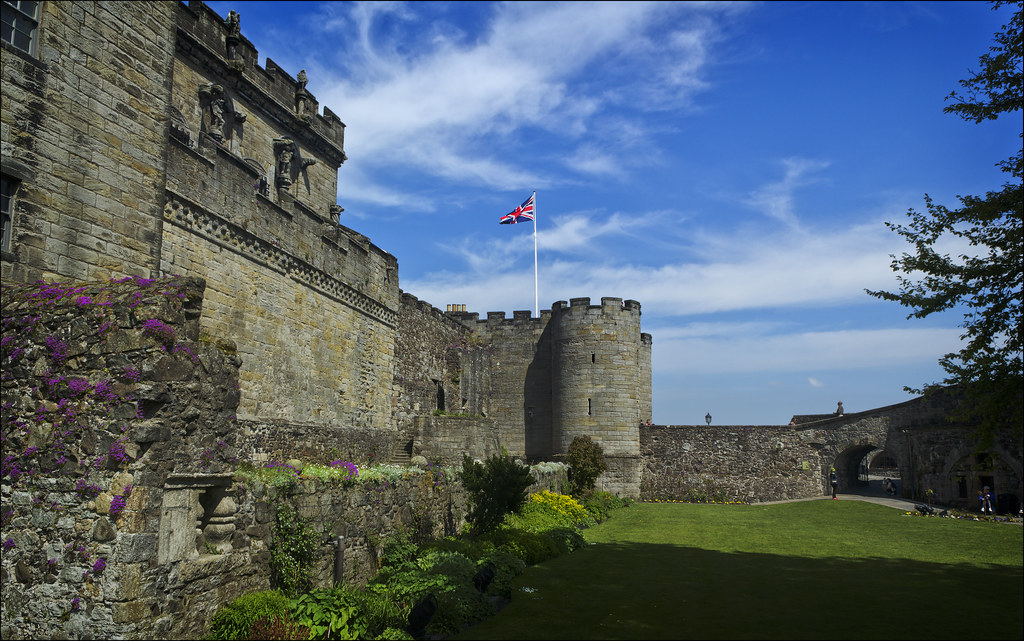 Stirling castle is one of the largest and most famous castles in Scotland. It is located in the town of Stirling which is about a 1-hour drive from Edinburgh. The castle itself is located on the top of an extinct volcano, and is surrounded on three sides by cliffs, giving it a strong defensive position. Because of this and its strategic position it became a key military location during the 13th and 14th Wars of Independence. However, Stirling Castle is not only known for its military importance – several Scottish Kings and Queens were crowned here, including Mary, Queen of Scots in 1542.

In the long life of the castle, many changes have been made and other buildings have been built in and around it. The biggest reform was probably in the 16th century, when the Royal Palace was built inside the castle itself. It was designed during the reign of James V, to show the world his wealth, education and sophistication, as well as his right to rule. It is considered one of the finest and best preserved pieces of Renaissance buildings in Scotland.

Today the castle and the palace have been transformed into museums. Here, you can take a look at how the Scottish kings and queens lived and admire the building and its Renaissance furniture. The defences of the castle are also worth seeing. And if you’re travelling with kids, you don’t  have to worry about them being bored : there are many activities for children so that they will certainly have fun while learning.

For people who don’t have much interest in visiting a castle and just prefer to have great views of the landscape, Stirling Castle also has plenty to offer. There is a walk around the old town walls which takes about 1 to 1.5 hours, from which you can see the whole town of Stirling, Ben Lomond (one of Scotland’s most emblematic mountains) and many others.

In any case, because of its history, the building, the art inside the building and the activities for the children, etc. I fully recommend a visit to Stirling Castle! 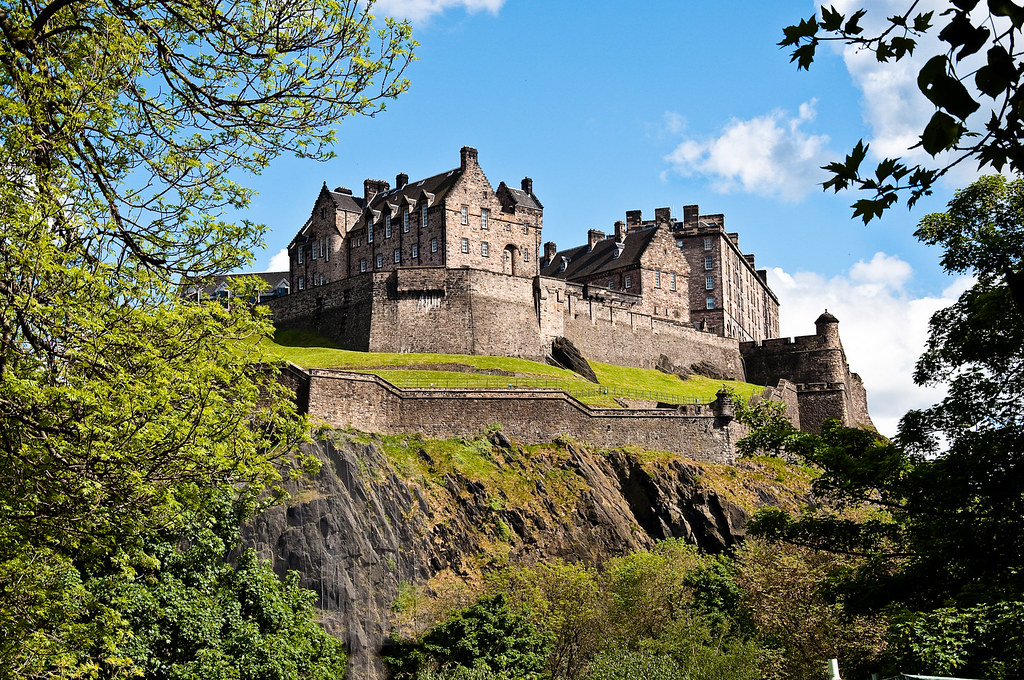 Edinburgh has been at the heart of Scotland for over 1000 years. During the Medieval era it was an important royal residence, and the city has grown around it ever since.

The history of the castle’s building is complicated, since it has undergone some major alternations – new buildings have been built throughout the centuries and also the many sieges it has been under have caused deterioration. The first building was built in the 12th century and, from the original buildings inside the castle, the only one left is St Margaret’s Chapel. During the First and Second Wars of Scottish Independence (between 1296 and 1341), the castle changed from Scottish to English hands and back from English to Scottish several times. This was because of its strategic position – to rule over Scotland you needed to rule over Edinburgh, and thus, you needed to control the castle. After this period the castle was in need of repairs, and most of them were made during the reign of David II, so David’s Tower was erected in the castle. Sadly this tower was destroyed in 1573 during what is today known as the “long” siege, which lasted for over two years. This time it was attacked by English forces who wanted to capture Mary Queen of Scots.
The castle under siege several more times, but the last time was in 1745, during the Jacobite Risings, when the Scots attempted to take the castle. However, although the city was captured, they couldn’t take the castle, so they were forced to retreat. In the 18th century it was used to keep military prisoners from the many British wars, but after a massive break out in 1914, it was transformed into a museum.

Today it is still used as a museum and it’s a world famous icon for Scotland, having been recently voted the top UK Heritage Attraction in the British Travel Awards. The castle is also home to the crown jewels of Scotland, the One O’ Clock Gun (which was originally used to tell the time when not many people had clocks. It’s is still used today although we’re fairly certain most people have their own timepieces these days!). Inside the castle there is also the National War Museum of Scotland, where you can learn about the military history of Scotland. The Scottish National War Memorial, which was built after the First World War, is also there –  books inside the building list the names of all the Scottish soldiers who died in service.

If you are planning a trip to Edinburgh, a visit to this castle is a must!